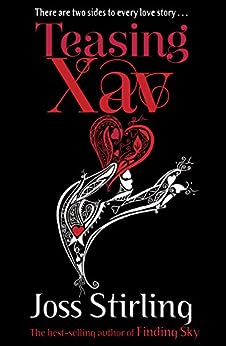 Find out what Xav Benedict was thinking when he met his soulmate Crystal for the first time, in this FREE captivating short story.The Benedict brothers all have different abilities and powers. One can see the future, another can manipulate fire. Xav Benedict is the third youngest of the seven brothers and he has the power to heal. Crystal however is one patient who isn’t interested in being made better by Xav. It’s hate at first sight as his playful ways fail to charm her, but Xav just can’t stay away. He knows that she’s hiding something, even if Crystal doesn’t know it herself yet. Will he be able to tease the truth from her? A brilliant addition to the Savants series by Joss Stirling for both new and old fans alike. 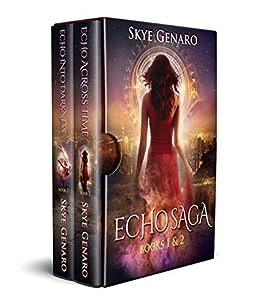 Book Bundle featuring the first two books in The Echo Saga: Echo Across Time★ An Amazon Top 10 Best Seller in YA Mystery Romance ★★ An Amazon Top 20 Best Seller in YA Paranormal Romance ★"A fun, teen novel packed full of paranormal powers and a sprinkling of romance. A BRONZE medal winner and highly recommended."-The Wishing Shelf Book Awards, 2016Fall in love with the achingly beautiful story of Echo and Connor, supernaturally gifted teens, as they fight to live out their destiny together.Echo had it all--she lived in a mansion in the wealthiest neighborhood and was a member of the Partychicks, the elite high school clique. But her enviable life was ripped apart when a bullying incident put her in a coma. When Echo wakes up, she's gained paranormal powers that she can't control.Objects magically fly through the air. Lights flicker. Trees snap in half. Echo's untamed paranormal abilities wreak havoc on her life, and she will do just about anything to get rid of them. Even if it means sharing her secret with Connor, the gorgeous, frightening stranger who appears out of thin air and possesses shocking supernatural abilities. He promises to teach her things beyond her wildest imagination--if Echo has the courage to trust him.Soon, she is pulled into a world of mystical possibility and starts falling hard for the enigmatic Connor. As Echo uncovers the truth about him, she discovers a dark secret brewing within her city: people with paranormal gifts are being kidnapped and murdered. Escaping with Connor would keep Echo alive, but at a high cost to him and to the future they both believe in. Echo must choose between her love for Connor and her own safety, but she can't have both.Echo Into DarknessThe exciting sequel to the award-winning Echo Across Time.So close to death that he could probably taste it, Connor set his gaze on his hidden audience. At a moment when most prisoners would lash out in panic, he stared down his tormentors. Behind that stormy, warring face was a tenderness that only I knew. A devotion that ran so deep, he had risked everything to search for me beyond the boundaries of time.Now, his life was in my hands.As Echo tries to piece her life together after the devastating separation from her soulmate, she finds herself in a cat-and-mouse game with bewitching criminals whose paranormal terrorism threatens to take over her city.When a frightening turn of events puts Connor's life at risk, Echo must unveil the depths of her power or lose him forever.Echo Into Darkness is a story of power, passion and deceit that will keep you turning pages and leave you breathless. 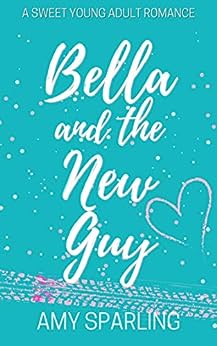 Bella and the New Guy: A Sweet YA Romance (Love on the Track Book 1)

Roca Springs might be a small, boring Texas town. But it’s my town. I’m about to graduate high school and I plan on spending every second of my summer break at the local motocross track. I need the low key vibes of a dirt bike track because my best friend is too stuck on her boyfriend to hang out anymore, and after royally humiliating myself in front of my crush, I have no desire to date any time soon. Dirt bikes are my passion. Not guys.The last thing I need is for disgraced motocross star Liam Mosely to show up. He was kicked off his professional race team for being a stuck up, cocky, arrogant jerk, and after spending one day with him, I can’t say I disagree.The guy is trouble.But he’s also super hot.Something tells me this summer won’t go according to plan. Bella and the New Guy is the first book in the Love on the Track Series, a clean, sweet young adult romance with NO cliffhanger! 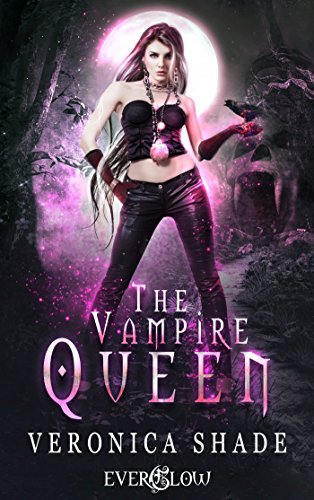 I don’t have a lot of time.When my best friend Iris goes missing, my entire life grinds to a halt. Forget school. Forget familial obligations. Everything about me ceases to matter anymore. Because I have exactly one hour to save her life.And I’m already ten minutes in.The Vampire Queen is a short paranormal romance story fans of Kiera Cass will enjoy.Scroll up and one click to start this short romantic fantasy adventure today! 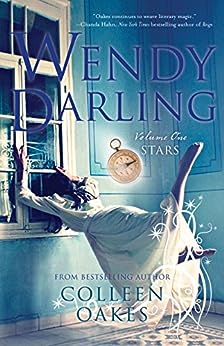 Wendy Darling has a perfectly agreeable life with her parents and brothers in wealthy London, as well as a budding romance with Booth, the neighborhood bookseller's son. But one night, while their parents are at a ball, the charmingly beautiful Peter Pan comes to the Darling children's nursery, and—dazzled by this flying boy with god-like powers—they follow him out of the window and straight on to morning into Neverland, an intoxicating island of freedom.As time passes in Neverland, Wendy realizes that this Lost Boy's paradise of turquoise seas, mermaids, and pirates holds terrible secrets rooted in blood and greed. As Peter's grasp on her heart tightens, she struggles to remember where she came from—and begins to suspect that this island of dreams, and the boy who desires her, have the potential to transform into an everlasting nightmare. 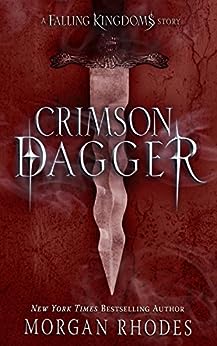 Crimson Dagger is the story Falling Kingdoms fans have been waiting for!In this prequel short story, set before the events of Falling Kingdoms book 1, Prince Magnus is awoken by an unexpected visitor—in his bed. One look into her fierce, hateful eyes, and Magnus knows exactly who it is: Kara Stolo.Ten years ago, as a scared little boy, he told a lie that irreparably changed Kara’s life. As a result, her father was wrongfully imprisoned, chained in the dark dungeon underneath the palace, where he was to remain until his death. Now, Kara is back to avenge her father's punishment, and there's more. Kara believes he's still alive, and she needs Magnus to help free him . . . or else. 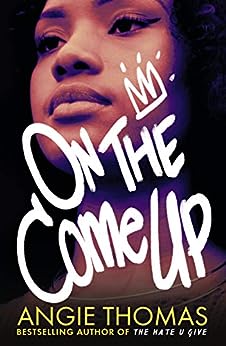 On the Come Up

No. 1 New York Times bestseller“[An] exuberant, exquisitely intimate novel.” The New York Times“Passionate and powerful.” Metro“Pure magic.” The ObserverMovie rights sold to Fox 2000; George Tillman Jr. to direct The award-winning author of The Hate U Give returns with a powerful story about hip hop, freedom of speech – and fighting for your dreams, even as the odds are stacked against you.Bri wants to be one of the greatest rappers of all time. As the daughter of an underground hip hop legend who died right before he hit big, Bri’s got massive shoes to fill. But when her first song goes viral for all the wrong reasons, Bri finds herself at the centre of controversy and portrayed by the media as more menace than MC. And with an eviction notice staring her family down, Bri no longer just wants to make it – she has to. Even if it means becoming the very thing the public has made her out to be. 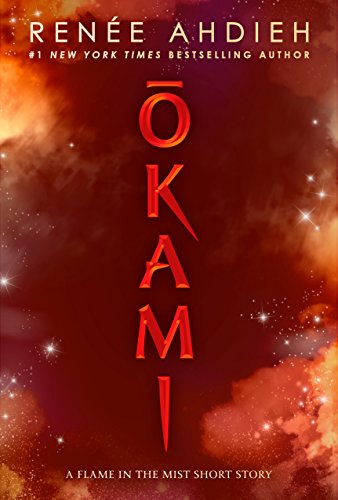 Okami: A Flame in the Mist Short Story

At the close of Flame in the Mist, to end a bloodbath between the Black Clan and imperial soldiers, Ōkami allows himself to be taken prisoner by Prince Raiden, Mariko’s betrothed. For someone who doesn’t believe in heroes, it’s a surprising choice: to trade his life for the lives of his friends and the one he loves. For he will surely be killed when he arrives in the Imperial City. But he decides if his life is the cost of love, it may not be too high a price after all. 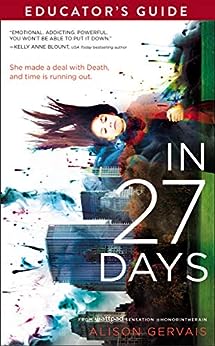 In 27 Days Educator's Guide is a companion to In 27 Days by Alison Gervais. This guide can be utilized in the classroom, in a home school setting, or by parents seeking additional resources. Ideal for grades 7-12. 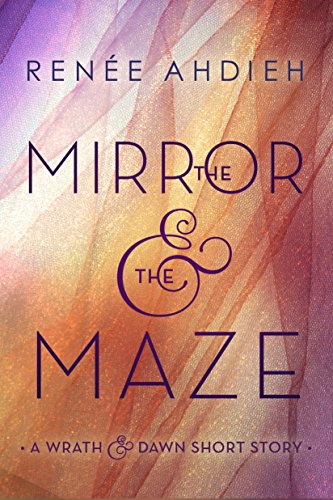 The Mirror & the Maze: A Wrath & the Dawn Short Story (The Wrath and the Dawn)

The city of Rey is burning. With smoke billowing, fires blazing and his people fleeing, Khalid races back to defend his city, and protect his queen. But Khalid is too late to do either. He and his men arrive to find the city in ruins, nothing but a maze of destruction, and Shahrzad is gone. But who could have wrought such devastation? Khalid fears he may already know the answer, the price of choosing love over the people of Rey all too evident. 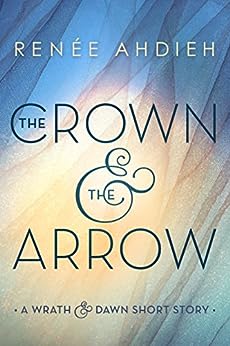 The Crown & the Arrow: A Wrath & the Dawn Short Story (The Wrath and the Dawn)

Seventy-one days and seventy-one nights had come and gone since Khalid began killing his brides. This dawn, Khalid would mark the loss of the seventy-second girl, Shahrzad al-Khayzuran. Khalid didn’t know how many more of these dawns he could take. And there was something about this latest girl that piqued his interest. Not only had she volunteered to marry him, but at their wedding ceremony, she had seemed not the least bit afraid. In fact, what he had seen in her eyes was nothing short of pure hatred. She was about to lose her life. Why wasn’t she afraid? Why did she hate him so? He had never before gone to his wife’s chambers before her death at dawn. Tonight would be different. 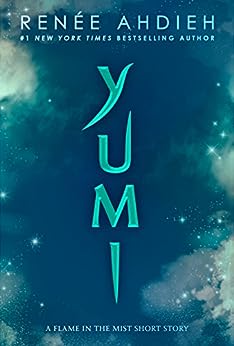 Yumi: A Flame in the Mist Short Story

When Yumi receives word of the battle led against her brother and the Black Clan by Prince Raiden and the Dragon of Kai, and of Ōkami’s sacrifice, she resents the bars of her gilded cage all the more. She’s tired of being a sheltered bird, protected in the Hanami. What Yumi really wants is to strike a blow against all the forces that control her life. The time has come. 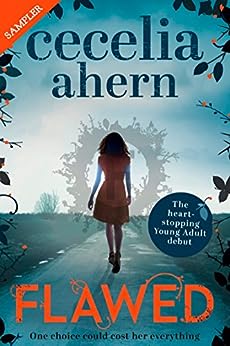 THIS IS A SAMPLER ONLY AND NOT THE FULL EBOOK.Read an extract from FLAWED - the stunning YA debut by internationally bestselling author, Cecelia Ahern.Celestine North lives a perfect life. She’s a model daughter and sister, she’s well-liked by her classmates and teachers, and she’s dating the impossibly charming Art Crevan.But then Celestine encounters a situation in which she makes an instinctive decision. She breaks a rule and now faces life-changing repercussions. She could be imprisoned. She could be branded. She could be found FLAWED.In this stunning novel, bestselling author Cecelia Ahern depicts a society in which perfection is paramount and mistakes are punished. And where one young woman decides to take a stand that could cost her everything.THIS IS A SAMPLER ONLY AND NOT THE FULL EBOOK. 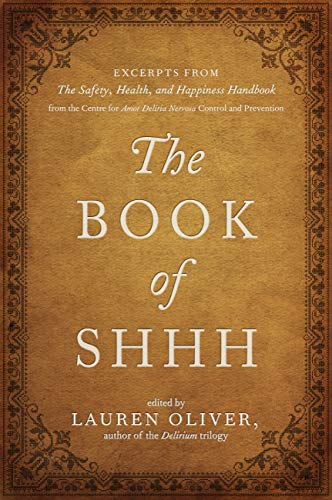 The Book of Shhh

The Book of Shhh, or the Safety, Health, and Happiness Handbook, describes the perils of amor deliria nervosa. In today's society, thanks to the cure and its enforcement, our citizens are more productive and committed to their jobs, political organizations, and social impact than ever before. The following excerpts are meant to give portability to a small portion of its materials so that elements of its wisdom may be available for reference on the go. Do not rely on the following excerpts to diagnose, treat, or address evidence of amor deliria nervosa. Should you believe that you or someone in your family might be infected, call the National Health Services hotline immediately, or seek the care of a professional physician at once.