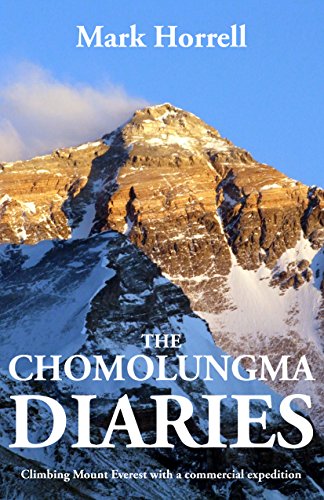 The Chomolungma Diaries: Climbing Mount Everest with a commercial expedition (Footsteps on the Mountain Diaries)

In April 2012 Mark Horrell travelled to Tibet hoping to become, if not the first person to climb Mount Everest, at least the first Karl Pilkington lookalike to do so.He joined a mountaineering expedition which included an Australian sexagenarian, two Brits whose idea of hydration meant a box of red wine, and a New Zealander who enjoyed reminding his teammates of the perils of altitude sickness and the number of ways they might die on summit day.The media often write about Mount Everest deaths and how easy the world's highest mountain has become to climb, but how accurately does this reflect reality?The Chomolungma Diaries is a true story of ordinary people climbing Mount Everest with a commercial expedition, and preparing for the biggest day of their lives.Imagine your life clipped into a narrow line of cord five miles above the earth, on the world's most terrifying ridge walk. This book will bring you just a little bit closer to that experience.About this seriesThe Footsteps on the Mountain Diaries are Mark's expedition journals. They are edited versions of what he scribbles in his tent each evening after a day in the mountains, with a bit of history thrown in. Light-hearted and engaging, they provide a perfect introduction to life on the trail.He has published two full-length books: Seven Steps from Snowdon to Everest (2015), about his ten-year journey from hill walker to Everest climber, and Feet and Wheels to Chimborazo (2019), about an expedition to cycle and climb from sea level to the furthest point from the centre of the earth. 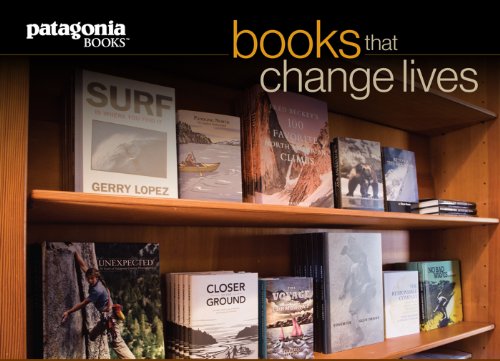 Books That Change Lives: A Sampling from Patagonia Books

A sampling of titles available from Patagonia Books. Patagonia Books is intended as a way to advance our love of books as well as nature and a reflective life. We publish a select number of titles on wilderness, wildlife, and outdoor sports that inspire and restore connection to the natural world. We also present books that raise awareness about not only the environmental challenges our world faces, but suggest ways that we can work together to slow the disintegration of our planet. This includes immediate activities, such as strategies to reduce our carbon footprint, as well as more in-depth examinations of the meanings of affluence, consumerism, and capitalism in the 21st Century. 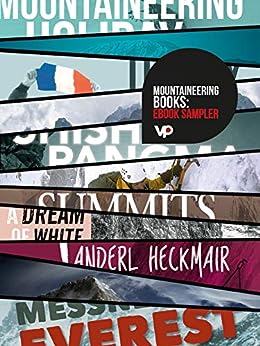 For this mountaineering eBook collection from Vertebrate Publishing, we've picked extracts from eleven of our favourite mountaineering and exploration titles. Including works from Reinhold Messner, Edwin Drummond and Joe Tasker, these award-winning titles trace the history of mountains from the 1920s to the present day. From the tense and thrilling to the evocative and stirring, they record some of the most exciting events in climbing. Legendary explorer H.W. Tilman cycles across Africa in Snow on the Equator. Kurt Diemberger offers a harrowing first-hand account of the 1996 K2 tragedy in The Endless Knot, and Doug Scott and Alex MacIntyre reveal exactly what goes on during climbing expeditions in their Boardman Tasker winning Shishapangma. You can find out more about the books featured, and others, on our website: www.v-publishing.co.uk. This mountaineering eBook sampler features extracts from: Mountaineering Holiday by Frank Smythe Snow on the Equator by H.W. Tilman Conquistadors of the Useless by Lionel Terray Savage Arena by Joe Tasker Shishapangma by Doug Scott and Alex MacIntyre On Thin Ice by Mick Fowler Elusive Summits by Victor Saunders The Endless Knot by Kurt Diemberger Everest: Expedition to the Ultimate by Reinhold Messner A Dream of White Horses by Edwin Drummond My Life by Anderl Heckmair