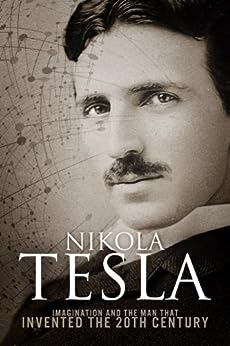 Nikola Tesla: Imagination and the Man That Invented the 20th Century

If you want to learn about one of history’s most fascinating minds and uncover some of his secrets of imagination—secrets that enabled him to invent machines light years ahead of his time and literally bring light to the world—then you want to read this book.Imagination amplifies and colors every other element of genius, and unlocks our potential for understanding and ability. It’s no coincidence that geniuses not only dare to dream of the impossible for their work, but do the same for their lives. They’re audacious enough to think that they’re not just ordinary players. Few stories better illustrate this better than the life of the father of the modern world, a man of legendary imaginative power and wonder: Nikola Tesla.In this book, you’ll be taken on a whirlwind journey through Tesla’s life and work, and not only learn about the successes and mistakes of one of history’s greatest inventors, but also how to look at the world in a different, more imaginative way.Read this book now and learn lessons from Nikola Tesla on why imagination is so vital to awakening your inner genius, and insights into the real “secret” to creativity, as explained by people like Jobs, Picasso, Dali, and Twain.