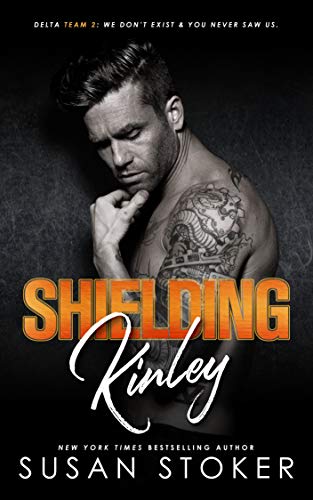 Being raised in the foster system has made Kinley Taylor feel like a lifelong outcast, but it’s witnessing a young girl’s last few minutes on Earth that proves just how alone she truly is. Kinley has no one to turn to, no family, no friends…except perhaps the gorgeous Delta Force soldier she met months ago. The one she ignored when he’d tried to keep in touch, convinced he couldn’t really be interested in a relationship.When Kinley ghosts him not once, but twice, Gage “Lefty” Haskins takes the hint. Clearly the pretty personal assistant didn’t feel the same connection he did. Or so he assumes…until she shows up in Texas, on the run for her life after already surviving an assassination attempt. Lefty couldn’t turn her away even if he wanted to—and he doesn’t. The longer he knows her, the greater the connection he feels. He just has to keep Kinley alive long enough to convince her she’s The One. Easier said than done, when the man who wants her dead has friends in high places…and a very patient hitman on retainer. ** Shielding Kinley is the 2nd book in the Delta Team Two Series. Each book is a stand-alone, with no cliffhanger endings. 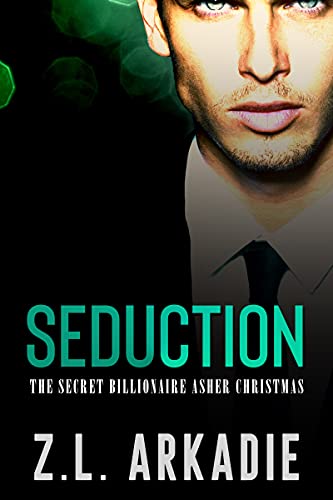 A bright young doctor falls for her hot new boss, a mysterious man with dark secrets and a desire to claim her as his own.Dr. Penina Ross learns that the stranger she shared a brief connection with the other day is not only a surgeon at the hospital where she works but her new boss. And now everybody wants to know who is Dr. Jake Sparrow and from what part of heaven the handsome doctor fell.However, Pen knows that if she’s smart, she'll stay far away from Jake Sparrow--if that's even his real name. She has an unlucky habit of attracting and falling for liars and cheaters, and that's exactly what the secretive doctor feels like to her.Yet at times she catches him staring at her from across the room, and when he does, her heart races like the wind. He's also one of the most brilliant neurosurgeons in the world. She's supposed to be learning from him but he refuses to let her scrub in on his surgeries. What's up with that? Although Dr. Sparrow is proving to be an annoying boss-hole, Pen still finds it hard to resist his subtly seductive ways. Then, one day he makes her an offer she can't refuse, and soon after, sparks fly.But Pen soon discovers she was right about Dr. Sparrow. He has secrets, one's that hit closer to home than she could ever imagine.Dive into this enthralling romance series today! There are plenty of pulse-pounding twists and turns along with a scorching romance.The Secret Billionaire Asher Christmas Duet (Asher's Complete Story)Book 1 - SeductionBook 2 - Embrace 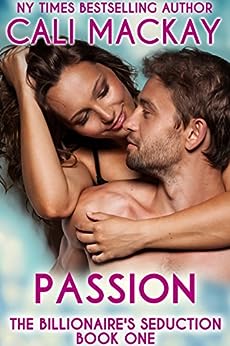 Marshall should be riding high as the CEO of his own successful sex toy company. Instead, he’s in the middle of a nasty divorce as he tries to rid himself of his lying and cheating wife. Making matters worse, there's a mole in his company, stealing their latest innovations. What he needs is a distraction, so when Harper Jones walks into his office with improvements she’d like to make to one of their products, Marshall knows that the brilliant and gorgeous engineer is exactly what he needs to take his mind off his problems.Harper's heard the gossip about her boss, and the last thing she wants is to get sucked into the middle of a nasty divorce—especially when rumor has it that Marshall’s ex may be carrying his baby. Yet when Marshall sets her in his sights, Harper finds him far too difficult to resist, with his charming good looks and sexy smarts.With her heart and career on the line, and a mole pointing the finger in her direction, will Harper risk it all to find happiness or simply walk away?** This novel contains a Happily Ever After ending. Due to the adult language and explicit sex scenes, this book is for adults only. Although this book is part of a series, it can be read as a stand alone novel. *** 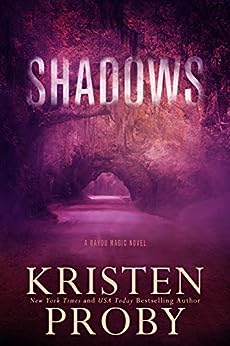 From New York Times Bestselling Author, Kristen Proby, comes an all new paranormal romance set in the mystical city of New Orleans…I am never alone. Not even when I am alone. I see the unquiet dead, the souls that wander through the French Quarter. They can’t move on, and I can’t stop seeing them. I wear malachite for protection, and I control what I let in. It’s the only way to stay sane. Everything changes the day Cassian Winslow joins my ghost walking tour and knocks my world off its axis with green eyes the color of the stone around my neck. An unspeakable evil is loose in New Orleans, taking young women and leaving a bloodbath in his wake. More shadows lurking for me. More unhappy dead. There might be a way to stop it.Open myself up to Cassian. If I do, it could spell his death.But if I don’t, it’s mine. 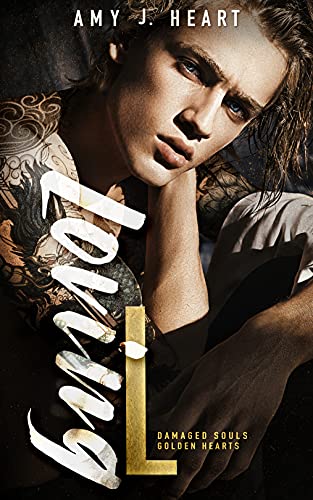 Love is torture. Love is pain. Until the right person at the wrong time changes everything.From the sordid streets to a life of luxury, things are finally looking up for me. Then I meet her.Eden.Sweet. Beautiful. Everything I ever dreamed of...except she's under the control of the greatest tormentor from my past.Blackmail. Corruption. Even murder. Am I prepared to do the unthinkable to keep her safe?Damn right I am.* Previously titled Lightning Boy, Loving L is a full-length novel with a HEA and now contains the prequel, Finding E (A Boy Called L), and tells Edie and L's entire story!Not for the faint of heart. This book deals with dark subjects that some may find triggering. 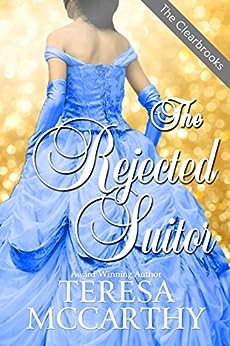 The Rejected Suitor: A Regency Historical Romance (The Clearbrooks Book 1)

Secrets, spies, and second chances hurl a duke’s daughter and a handsome earl into a world of danger and love. “Debut author Teresa McCarthy captivates with this amusing story replete with plenty of fun spying scenes and intrigue.”-RT Book Reviews 4 1/2 stars! When a handsome suitor reappears into Lady Emily's life, he fights her four brawny brothers to woo her again, but to his surprise, the bigger battle seems to be with Emily!THE CLEARBROOKS - A sweet historical romance series by award-winning author Teresa McCarthy, where suspenseful, inspirational, and heartwarming love stories about a duke’s family bring the Regency period to life. As the tales unfold, the timeline soon turns to the edge of the Regency period while it prepares for the exciting Victorian Era.Book 1 - The Rejected SuitorBook 2 - The Wagered BrideBook 3 - The Convenient BrideBook 4 - The Mischievous BrideBook 5 - The Duke's BrideCLEARBROOK ABBEY - new exciting historical romance series following The Clearbrooks.Book 1 - Rescuing Rebecca: a novellaCOLORADO CLEARBROOKS - Look for this small town contemporary romance series by Teresa McCarthy, which includes sweet and inspirational stories with the Clearbrook descendants.Book 1 - Almost MidnightBook 2 - Almost SundownBook 3 - Almost Daybreak 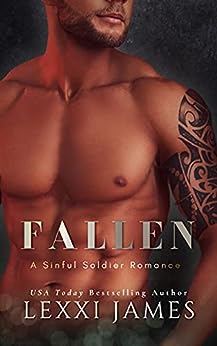 A soldier's second chance at life. Her chance to submit.★★★★★ “Hot, combustible, sexy.” - Amazon Reviewer★★★★★ “Laughter, love tears, suspense, and danger.” - Goodreads ReviewerKathryn Chase never imaged saving his life would lead to her submission.Jake Russo thought he could leave it all behind.Being a soldier. And his life as a Dom. A brush with death will do that to a man.Make him believe that abandoning the past would be his only future.But he had one cross to bear.Watching over Kathryn Chase . . . in secret. Keeping an eye on this woman.Her unangelic guardian paying back a debt.This Sinful Soldier Romance is a steamy stand-alone romantic suspense.Lexxi James Books are seductive, suspenseful romances filled with fun, sensual, and sizzling high-heat love scenes.Publisher's Note: Fallen was previously published as Fallen Dom. 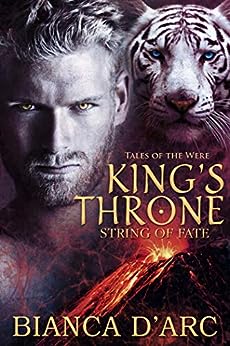 King's Throne: Tales of the Were (String of Fate Book 2)

Can a lost princess and an injured soldier make a go of it when a false king wants them both dead?A woman living in secret, hiding her true nature...Gina is a doctor in New York City. What nobody knows is that she’s also tiger-shifter royalty, living in exile. Guarding her secret has kept her safe, but all that is about to change.An injured soldier who calls to her heart...Mitch is injured and out of the action. He wakes up in a strange place, with a beautiful woman. Normally, not a problem, but this woman is special. She’s a white tiger and daughter of the lost king. She’s too good for the likes of him, but there’s an undeniable spark of attraction drawing them closer together.A love that will make the earth tremble beneath their feet...When evil challenges, Mitch will fight to keep Gina safe. A harrowing journey to the side of a fiery volcano brings secret knowledge and a power none of them ever expected. Will it be enough to prevail?Only victory will keep his lady safe. And only victory will allow Gina to claim the man she truly loves.The String of Fate series includes:1. Cat's Cradle2. King's Throne3. Jacob's Ladder4. Her WarriorsString of Fate is also related to, and a part of, the larger Tales of the Were series. For more great big cat shifter stories set in this world, check out the Redstone Clan set, which includes:- The Purrfect Stranger (novella)1. Grif2. Red3. Magnus4. Bobcat5. Matt