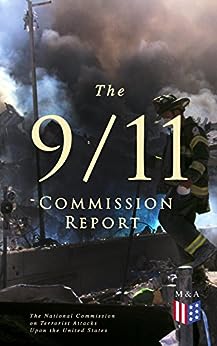 The 9/11 Commission Report: Full and Complete Account of the Circumstances Surrounding the September 11, 2001 Terrorist Attacks

It is perhaps obvious to state that terrorists cannot plan and carry out attacks in the UnitedStates if they are unable to enter the country. Yet prior to September 11, while there wereefforts to enhance border security, no agency of the U.S. government thought of bordersecurity as a tool in the counterterrorism arsenal. Indeed, even after 19 hijackersdemonstrated the relative ease of obtaining a U.S. visa and gaining admission into theUnited States, border security still is not considered a cornerstone of national securitypolicy. We believe, for reasons we discuss in the following pages, that it must be made one.Contents: A Factual Overview of the September 11 Border StoryThe September 11 Travel Operation – a ChronologyTerrorist Entry and Embedding Tactics, 1993-2001The RedbookTerrorist Travel Tactics by PlotAl Qaeda's Organizational Structure for Travel and Travel TacticsImmigration and Border Security Evolve, 1993 to 2001The Intelligence CommunityThe State DepartmentThe Immigration and Naturalization ServicePlanning and Executing Entry for the 9/11 PlotThe State DepartmentThe Immigration and Naturalization ServiceFinding a Fair VerdictCrisis Management and Response Post-September 11The Intelligence CommunityThe Department of StateThe Department of JusticeResponse at the Borders, 9/11-9/20, 2001The Department of Homeland Security 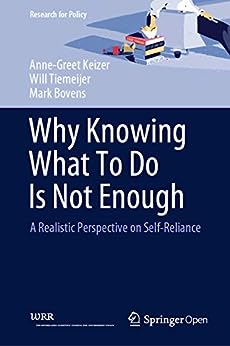 Why Knowing What To Do Is Not Enough: A Realistic Perspective on Self-Reliance (Research for Policy)

This open access book sets out to explain the reasons for the gap between “knowing” and “doing” in view of self-reliance, which is more and more often expected of citizens. In today’s society, people are expected to take responsibility for their own lives and be self-reliant. This is no easy feat. They must be on constant high alert in areas of life such as health, work and personal finances and, if things threaten to go awry, take appropriate action without further ado. What does this mean for public policy? Policymakers tend to assume that the government only needs to provide people with clear information and that, once properly informed, they will automatically do the right thing. However, it is becoming increasingly obvious that things do not work like that. Even though people know perfectly well what they ought to do, they often behave differently. Why is this? This book sets out to explain the reasons for the gap between ‘knowing’ and ‘doing’. It focuses on the role of non-cognitive capacities, such as setting goals, taking action, persevering and coping with setbacks, and shows how these capacities are undermined by adverse circumstances. By taking the latest psychological insights fully into account, this book presents a more realist perspective on self-reliance, and shows government officials how to design rules and institutions that allow for the natural limitations in people’s ‘capacity to act’. 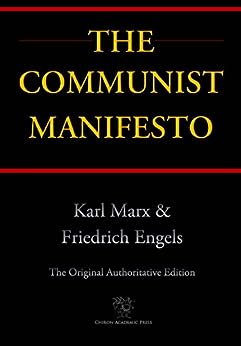 THE COMMUNIST MANIFESTO (originally Manifesto of the Communist Party) is an 1848 political pamphlet by German philosophers Karl Marx and Friedrich Engels. Commissioned by the Communist League and originally published in London (in the German language as Manifest der kommunistischen Partei) just as the revolutions of 1848 began to erupt, the Manifesto was later recognised as one of the world's most influential political manuscripts. It presents an analytical approach to the class struggle (historical and then-present) and the problems of capitalism and the capitalist mode of production, rather than a prediction of communism's potential future forms.It summarises Marx and Engels' theories about the nature of society and politics, that in their own words, "The history of all hitherto existing society is the history of class struggles." It also briefly features their ideas for how the capitalist society of the time would eventually be replaced by socialism, and then finally communism. (more on wisehouse-publishing.com) 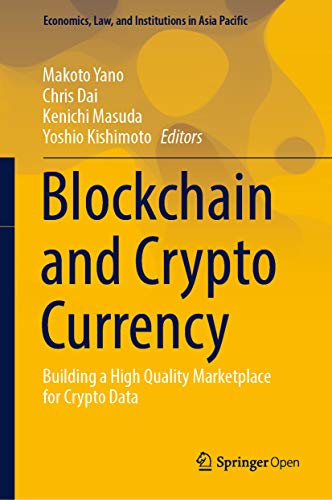 This open access book contributes to the creation of a cyber ecosystem supported by blockchain technology in which technology and people can coexist in harmony. Blockchains have shown that trusted records, or ledgers, of permanent data can be stored on the Internet in a decentralized manner. The decentralization of the recording process is expected to significantly economize the cost of transactions.Creating a ledger on data, a blockchain makes it possible to designate the owner of each piece of data, to trade data pieces, and to market them. This book examines the formation of markets for various types of data from the theory of market quality proposed and developed by M. Yano. Blockchains are expected to give data itself the status of a new production factor. Bringing ownership of data to the hands of data producers, blockchains can reduce the possibility of information leakage, enhance the sharing and use of IoT data, and prevent data monopoly and misuse.The industry will have a bright future as soon as better technology is developed and when a healthy infrastructure is created to support the blockchain market. 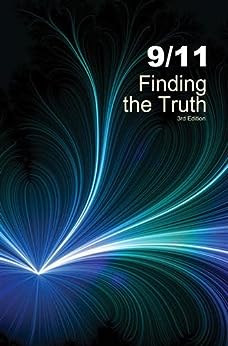 What really happened on 9/11? What can the evidence tell us? Who is covering up the evidence, and why are they covering it up? This book attempts to give some answers to these questions and has been written by someone who has become deeply involved in research into what happened on 9/11. A study of the available evidence will challenge you and much of what you assumed to be true. "Now we are discovering that there is a highly-sophisticated black-ops weaponization of free energy technology and it was responsible for the bizarre, low-temperature pulverization of the Twin Towers. Dr. Judy Wood has pieced together the physical evidence and Andrew Johnson has highlighted who is working to silence or smear whom, as the powers that be rush to impede or at least contain the dissemination of these startling findings." - Conrado Salas Cano, M.S. in Physics ** NOTE: Book is sold at the cheapest possible price on the Amazon Kindle Store - if you hunt round, you can find it for free. ** 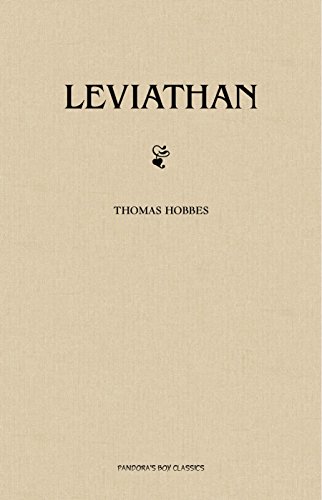 “Leviathan” is a work of political philosophy. Written by Thomas Hobbes during a time of civil war, it argues that sovereign rule is the most stable form of government. An early proponent of social contract theory, Hobbes’ observations regarding the dangers of unrestrained individual freedom have influenced generations of thinkers. 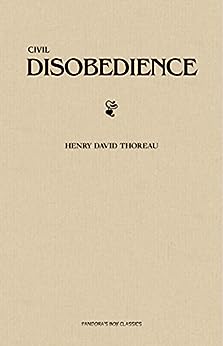 A Book that Transformed AmericaCivil Disobedience was Thoreau's first published book and continues to transform American discourse. It is unusual for its symbolism and structure, its criticism of Christian institutions, and its many-layered storytelling. The ideas presented in this essay have influenced some of the most powerful and influential people in history, including Martin Luther King Jnr, Leo Tolstoy, President John F. Kennedy and Ernest Hemingway. It was a seminal piece of work in the shaping of Gandhi’s three decade-long non-violent revolution against British-occupied India. 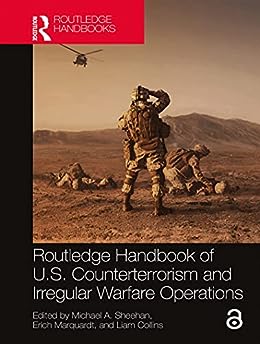 This handbook comprises essays by leading scholars and practitioners on the topic of U.S. counterterrorism and irregular warfare campaigns and operations around the globe.Terrorist groups have evolved substantially since 9/11, with the Islamic State often described as a pseudo-state, a terrorist group, and insurgency all at the same time. While researchers', analysts', and policymakers’ understanding of terrorism has grown immensely over the past two decades, similar advancements in the understanding of counterterrorism lag. As such, this handbook explains why it is necessary to take a broader view of counterterrorism which can, and often does, include irregular warfare. The volume is divided into three thematic sections: Part I examines modern terrorism in the Islamic world and gives an overview of the major terrorist groups from the past three decades;Part II provides a wide variety of case studies of counterterrorism and irregular warfare operations, spanning from the 1980s to the irregular warfare campaign against the Islamic State in northern Syria in 2018;Part III examines the government instruments used to combat terrorism and wage irregular warfare, such as drones, Theater Special Operations Commands, and Theater Commands.The handbook fills a gap in the traditional counterterrorism literature by its inclusion of irregular warfare and by providing analyses from academic experts as well as practitioners. It will be of much interest to students of counterterrorism, counterinsurgency, U.S. national security, military affairs, and International Relations.The Open Access version of this book, available at https://www.routledge.com/Routledge-Handbook-of-US-Counterterrorism-and-Irregular-Warfare-Operations/Sheehan-Marquardt-Collins/p/book/9780367758363, has been made available under a Creative Commons Attribution-Non Commercial-No Derivatives 4.0 license. 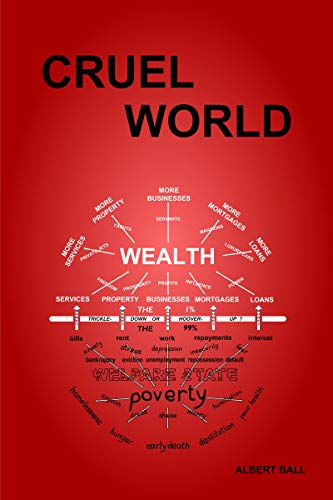 What kind of world have we created? Increasing numbers of us live in fear of losing our homes and jobs, many forced to rely on the charity of food banks to feed ourselves and our children. Many of us live on the streets in utter destitution, often with mental health problems, and no-one seems to care. Many more of us live in poor countries where for want of clean water and basic sanitation we must watch helplessly as our children and infants die in their millions every year. At the other end of the scale some of us have wealth that can't be consumed in a thousand lifetimes. Then there are the environmental dangers that we all face - scarcity of fresh water; widespread pollution of the air, sea and rivers; deforestation; loss of biodiversity; and above all climate change - and our governments, severely handicapped by those of us with vested interests, unable to take the decisive action that is necessary to combat them. Why is it that the world's abundant wealth is spread so lavishly for the very few and so thinly for the very many? Why is it that we understand so well the dire consequences awaiting us from environmental catastrophe yet seem unable to do more than a fraction of what is required?This book presents the results of an exploration into these concerns by someone who feels deeply disturbed by them; who feels that people in great numbers are being squeezed beyond breaking point; who feels that we are racing headlong towards a cliff edge with people who claim to be in control but whose hands are tied.The exploration bore fruit. It revealed that the major systems that underpin the modern world maintain themselves by widespread exploitation of the disadvantaged, made possible by equally widespread ignorance of how it happens. It doesn't have to be that way. We can turn a world on a collision course with nature into a world sustainable for the very long term. We can turn a cruel world into a kind world, but to do so requires a broad public understanding of what is really going on. The purpose of this book is to help provide that understanding. 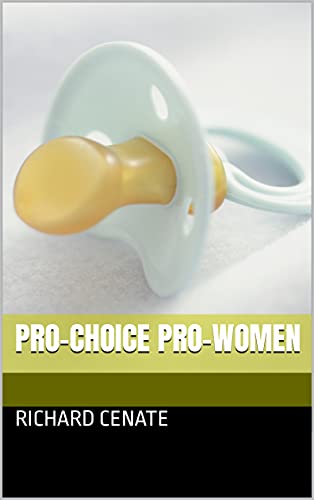 So-called "fetal personhood" is now enshrined in the 5-week abortion ban bill, laws that restrict access to abortion clinics, and the new fetal heartbeat bills. Such laws not only pose an undue burden to the ability of women to access reproductive health care, they also set up a sure-fire legal challenge on constitutional grounds. And where does the Supreme Court stand on the issue of abortion rights?