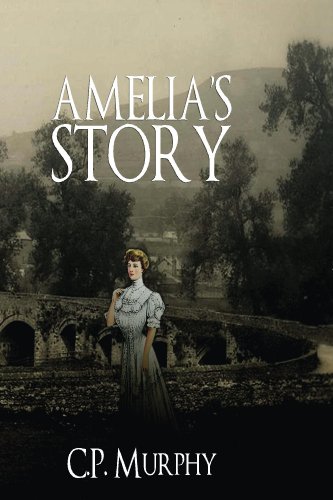 While the nation fights in The War of 1812, Amelia Samuels fightes her own battle. Her father is forcing her to marry Thomas Van Martin, the son of the wealthiest man in Millersport. Thomas is everything she's against in a man and the last thing she wants is for him to be her husband. When she has nobody to turn to, she befriends Patrick Buchanan, the village stranger. After falling in love, Amelia and Patrick discover the reason behind her unwanted engagement but Amelia finds herself in grave danger before she can make things right.Amelia's Story is about a village seeking the truth. It's what happens when one man's mistakes effects the entire community. Though the residents of Millersport never learn the complete truth, the readers of this story will know exactly what happened that frightful night of August 25, 1813. 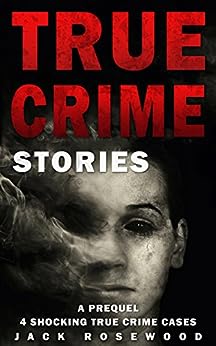 There are killers who stalk their prey, learning all they can about an intended target before striking. Some commit the act of murder out of hatred or revenge for someone in their lives. Killers like Detlev Guenzel searched for like-minded souls who would allow them to indulge in their deepest darkest fantasies. Then of course, there are those who brutally murder for no apparent reason whatsoever. Each of the four true crime murder cases in this true crime anthology are all different from each other in many ways. The wife who was cast aside for a much younger model; the vore who sought out a willing participant in the act of consensual homicide and cannibalism; the young man who butchered his elderly neighbours; and the man whose partners either disappeared or turned up dead over the period of 54 years. For these true crime murder stories we delve into the background of each killer, the acts they committed, and the criminal investigation that brought them down. We look at why they killed, even when there seems to be no apparent motive. True murder cases like these are hard to fathom, and will leave you wondering about the horrors of humanity. True crime stories are the most frightening of all, as you discover what people have the capability of doing to others.This is a prequel to Jack Rosewood's best true crime books series, True Crime Stories. 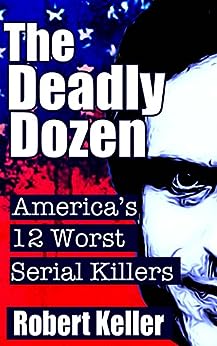 The Shocking True Crime Stories of the 12 Worst Serial Killers in American HistoryDavid Berkowitz: Known as the “Son of Sam,” Berkowitz was a deeply disturbed young man who prowled the streets of New York dispensing death with his .44 caliber revolver.William Bonin: One of a trio of deadly psychopaths who trawled the freeways of Southern California during the late 70’s and early 80’s. Bonin was a depraved child killer who abducted, raped and tortured more than 20 teenaged boys.The Boston Strangler: Albert De Salvo took the fall but most experts agree that he was not the Strangler. So who was the real killer? And how did he get away with the series of brutal murders that so terrified the citizens of Boston?Ted Bundy: Charming, intelligent and lethal, Bundy is America’s most notorious serial killer, a deadly fiend who cut a swathe of destruction across the country, raping, killing and committing necrophilia on his young victims.Dean Corll: Along with two willing teenaged accomplices, Corll orchestrated what was at the time the biggest murder spree in American history, raping torturing and killing at least 25 young boys.Jeffrey Dahmer: Hideously depraved killer who preyed on young homosexual men in Milwaukee, Wisconsin, cannibalizing them and conducting bizarre experiments on their bodies.Albert Fish: He looked like a frail old man, but Albert Fish was actually a psychotic child killer and torturer, with a taste for human flesh.John Wayne Gacy: Cold-hearted killer who raped, tortured and strangled at least 33 young men, burying their bodies in the crawlspace of his Chicago house.Randy Kraft: The least well known of California’s three “Freeway Killers.” And yet Kraft was both the most prolific and the most depraved, responsible for the torture killings of as many as 67 young men.Dennis Rader: Known as the “BTK Killer” (after his M.O.: Bind, Torture, Kill) Radar held the citizens of Wichita, Kansas in a state of fear for over 30 years, during which time he claimed 10 known victims.Richard Ramirez: A satanic burglar who went by the terrifying sobriquet, “The Night Stalker,” Ramirez raped, battered, shot and stabbed his victims during a bloody reign of terror in 1980’s Los Angeles.Gary Ridgeway: As the horrific “Green River Killer,” Ridgeway engaged the Washington police in a deadly game of cat and mouse, claiming more that 60 victims over two decades.˃˃˃˃˃˃˃˃˃Scroll up to grab a copy of The Deadly Dozen: America’s 12 Worst Serial KillersBook Series by Robert KellerMost of my works cover serial killers, while the “Murder Most Vile” series covers individual true crime stories. These are the main collections;American Monsters50 American Serial Killers You’ve Probably Never Heard OfMurder Most VileHuman MonstersBritish MonstersAustralian MonstersCanadian MonstersGerman MonstersCannibal KillersPlus various other standalone books, including the The Deadly Dozen, which is available as a free download on Amazon, and Serial Killers Unsolved, which you can get for free when signing up to my mailing list.Robert Keller’s True Crime eBook Categories:Serial KillersTrue CrimeSerial Killer BiographiesMurder and MayhemTrue Murder CasesSerial Killer Case FilesTrue Crime Short Stories 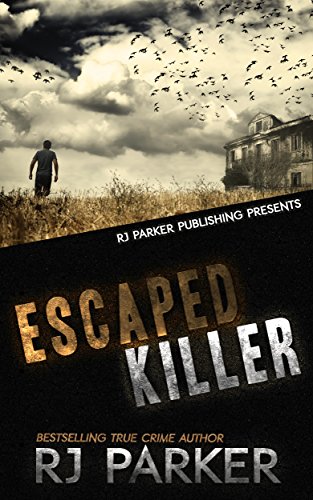 When this killer was on the loose, citizens were vigilant, yet scared. Children were not allowed outside to play without adult supervision. But then he was captured, tried, convicted, and put away for life in prison. The community could finally breathe again. They are out of danger. Until the day the convicted killer escapes prison and rains terror upon anyone and everyone in his way. The manhunt pursues, the killer kills, and earns the title of a serial killer. This is the story of Allan Legere—a monster.Inside Bonus - the story of Andrea Yates from the book, "Parents Who Killed Their Children" 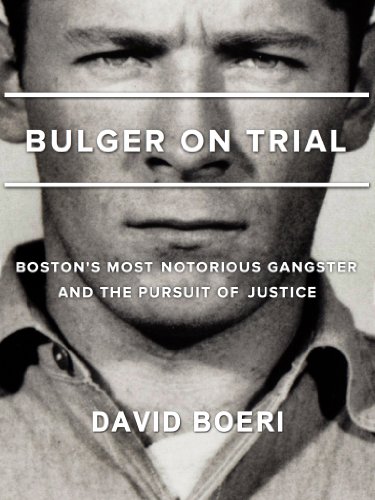 Bulger On Trial: Boston's Most Notorious Gangster And The Pursuit Of Justice

The trial of James “Whitey” Bulger this summer was supposed to bring an end to one of the greatest scandals in the history of the FBI, but it dredged up a toxic swamp instead. Horrific crimes, depraved witnesses and sordid accounts of FBI agents who gave their allegiance to the mob boss emerged from the muck as families of 19 murder victims endured the presentation of broken skulls and jaws along with photos from the morgue. At center stage was the defendant, who had been listed and protected by the FBI as a secret informant. He claimed the government had given him a free pass, but prosecutors fought to keep the trial away from questions of who made Bulger what he became and how. In an extraordinary measure of their outrage, the families of the victims cheered Bulger’s own attorneys as they savaged the government’s “cover-up” and the deals prosecutors had given to Bulger’s former associates to win testimony.In the first book to explore the trial in a larger context, WBUR investigative reporter David Boeri weaves his daily trial dispatches into the complete backstory of Bulger’s ruthless ascent to power, the men and the agency who made that possible, and the families of victims who were victimized again and again by the government’s protection of the killer. Boeri’s storytelling is informed by 26 years of national award-winning reporting on the Bulger case. He aggressively dug into FBI corruption and tracked the Bureau’s delayed, often inept search for the 16-year fugitive.Years before Bulger was arrested in Santa Monica, Bulger travelled to California to follow his own tips in search of Whitey and showed the lack of FBI effort and enterprise. His investigation of crimes aided and abetted by FBI agents took Boeri to old murder scenes of Bulger victims in Oklahoma, Florida and Massachusetts. He followed detectives in the difficult and painful search for the bones of Bulger victims long ago buried. He sought out the families to learn what they had endured and sought out Bulger’s criminal associates even tracked some down who were in the Witness Protection Program to chronicle Bulger the boss and Bulger the killer. In “Bulger On Trial,” Boeri brings the reader into the same close contact with Bulger’s corrupt FBI handler, the younger brother who made a parallel rise to political power, the families, the criminals and the saga that links them all.