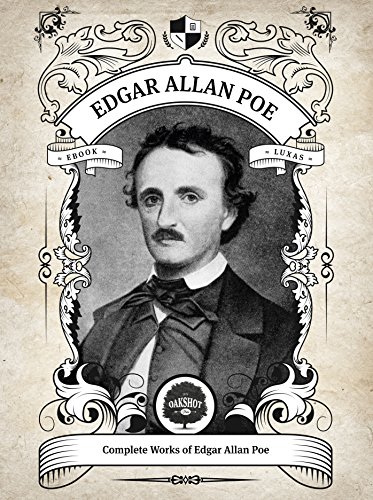 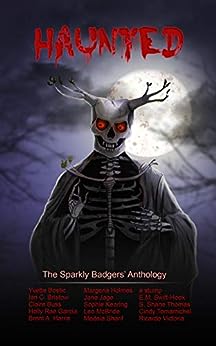 Join us on a pumpkin spiced, ghost-riddled, spooky journey amongst the imaginations of fifteen horrifyingly excellent indie-authors. Let them take you on a candle-lit journey through the minds of the depraved, departed and desperate as they treat you to their haunting tales. Lock the doors, close the curtains and don’t turn off the light! 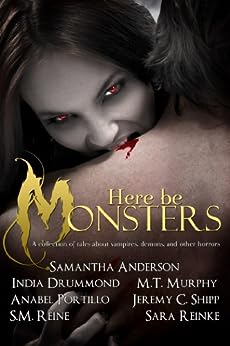 Here Be Monsters - An Anthology of Monster Tales 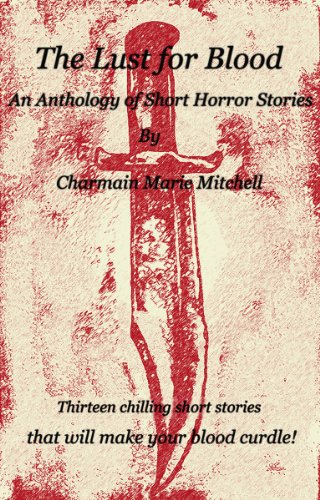 The Lust for Blood

'The Lust for Blood' is a collection of thirteen grisly short stories written by the author Charmain Marie Mitchell.The stories range in size from 1,400 words to 9,800 and focuses on the complexities of the human mind (with a couple of supernatural tales thrown in for good measure). There is nothing so complicated as a human being and sometimes nothing so horrific!Contents:A Passion for Death - Never published before. A new twist on an old tale.Beecham Manor - Never published before. A ghostly tale from Cornwall.Sometimes Sacrifices need to be made - Previously published story Review:By DiogenesThis is a very short tale, but nicely put together. It shows how the craving for fame can unbalance the impressionable mind.The Stalker – Previously published story.Review:By Angel Marie JobeI really liked it the way the drama and suspense keep going and going it was one of the coolest books I've read in a long time By Karen MassariThis piece did not come across as a short story, it was more like a bold painting. My heart is still racing from reading it. Punishment Time – Previously published story.Review:By Ethel BarkleyCourious insight into the mind ! Abuse at any level can have deep seated and lasting consequeses. Punishment Time delves into the hatred that can result from such action. All should read as I did after downloading from Amazon.com to my Kindle Fire Scorned – Never published before. A tale about when love goes wrong.The Vampire Requiem – Previously published story.Review:By Robin E ListonWhen 252 year old Edward Manning falls in love with Maria, a beautiful young lady, he decides that he can't live without her, and plans to tell her that he's a vampire. If his love is rejected, Edward will end his long, lonely life. How will she react? Will she choose to spend an eternity with him, or reject him? But, as fate would have it, their lives are intertwined in an unexpected way.This short story by Charmain, allows us a brief look into the life of a modern day vampire. When Edward finally decides to reveal himself to Maria, and shows her the "face of a true vampire," her reaction causes an event that will catch you by surprise.I look forward to reading more stories by Charmain Mitchell. The Rape of Suzy J – Never published before. Chilling tale of rape and murder.Cyber Scream – Never published before. A story about misplaced jealousy.Tudor Witch – Previously published story.Review: By Lord D. M. Prosser (UKLet me say straight away that Charmain Mitchell is an expert at description. By the time I'd heard how Kezziah looked I had no problem in visualising her.By the time I'd finished the story and had read the description of what acts she had to perform I wasn't sure I'd ever sleep again.This book 'Perpetual Hell' manages in it's few short pages to cram in more than many full novels do but believe me the heroine is not someone you'll cheer for. Despite the great love she's meant to hold all I could remember was that her smile didn't reach the eyes.I'm certainly not sure I'd want a youngster reading this but no doubt they've all heard worse at hallowen. I am sure though that most young adults will enjoy the style of this young writer and the fifteen minutes of pure hell the reading gives them.The Man in the Mirror – Never published before. Tale of a fragmented mind.Food for Thought – Never published before. A tasty tale of fear.The Beings – Never published before. A story of a blood lust that will consume the world.Throughout her life, Charmain has wanted to become an author, but family and business commitments stood in the way and her writing consisted of a few short stories on the rare occasion that she had time to write them. In late 2012 a freak accident finally allowed time for Charmain to indulge in her passion for writing.website: www.charmainmariemitchell.com or blog: http://CharmainMitchell.blog 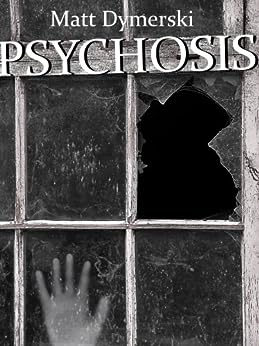 Explore the true anatomy of horror through these thirteen tales of despair and terror, each written by the author of the original short story "Psychosis."PsychosisThe BonewalkerThe Fire of the Soul"Come Closer"ScribblingsThe LodgeCorrespondenceStrangers in a GraveyardThe Lonely GraveThe BasementErosionStrange ThingsThe Seven Horsemen of the Apocalypse 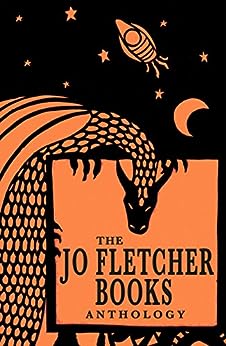 Whatever you fancy - enthralling epic fantasy or spine-tingling ghost-story, mythical thriller or riveting alternate history - Jo Fletcher Books has it all.Here at Jo Fletcher Books we pride ourselves on publishing high quality fantasy, science fiction and horror, of all types (we don't like to be bored). To demonstrate this, we've put together an anthology featuring a collection of short stories written by our wonderful authors. The Jo Fletcher Books Anthology includes stories from award-winning and bestselling writers including Lisa Tuttle, Alison Littlewood and Christopher Golden as well as many others: a showcase of the fantastic talent contained within this small but perfectly formed Imprint. Whatever your taste, there is something in here for everyone 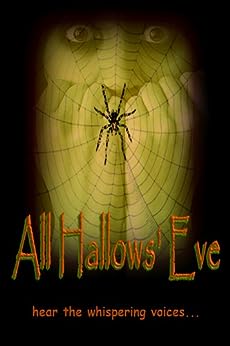 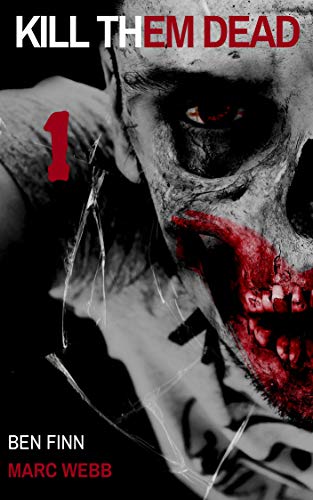 Complete Season Boxset now available! Zombies in Space...yes Freaking Space! A zombie book perfect for the purist and science fiction lover. If you have ever wondererd how the Zombie Outbreak will start...wonder no more...When asteroid mining vessel, Photon-II returns to the space station, Orion, it immediately becomes apparent that something is very wrong . A total communications blackout forces the crew of Photon-II to dock manually, however, once on board they discover that the Orion appears to be completely abandoned.David Taylor and Jason Clark split the crew into two groups to try and figure out what went down on the Orion. They soon discover that they are not alone, and that something deadly is lurking in the shadows.Episode 1 promises to leave you begging for the rest! Read all Episodes for Free on Kindle UnlimitesWho will be prepared?With a host of brilliant characters. A setting like no other and a breed of Zombies never seen before, Kill Them Dead: Genesis Season 1 will answer the one question no other Zombie Apocalypse book covers… Don’t be left in the dark! Get your copy! Click the buy now button! *** Book contains strong language and depictions of explicit violence. For mature audiences only! *** Complete Season Boxset now available! 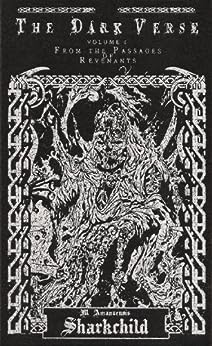 The Dark Verse, Vol. 1: From the Passages of Revenants

2010 Independent Publisher Book Awards Silver Medal Winner for Horror#1 Free Best Seller in Horror AnthologiesTwenty-six short stories of occult, metaphysical, and fantastical horror that will follow you to the visions of your sleep.The Dark Verse is a multiverse of Lovecraftian horror, spanning different realms and times, that touches upon evils that transcend the knowable. Whether a galactic entity that casts flesh off the wicked, a scientist harnessing the power of metamorphosis, or a diabolical overlord that torments souls in a dimension of unrelenting pain, there is no escape from the occult horrors that await you within the innumerable folios of The Dark Verse.This is Sharkchild's first collection of grim and ethereal tales. 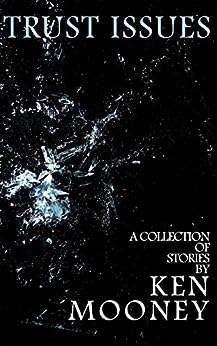 A collection of stories by Ken Mooney, author of Godhead, The Hades Contract, The Little Book Of The End Of The World, Tackling The Issue and After The Tackle.Horror is a powerful way of analysing human emotion: anger, fear, addiction, betrayal, resentment. Even arousal.These are stories with common themes and issues, those of trust, hope, promises, and what ultimately happens when all those nice fluffy, positive things are broken.Resident’s Bar, the broken truths of past infidelities that breaks a family apart;88 Steps, a tale of addiction and the lies that go along with it;The Shortest Night, embracing new members into your family, for better, for worse and ‘til death will you part;Black + White: A Picture Of Gray: a short piece about abandonment, inspired by Oscar Wilde;and Worship, a completely new work about betrayal and the anger it causes, addressing sex and sexuality alongside the fears and joys that go along with it. Although originally published separately, I have brought the stories together to share a common home, one of fear, one of pain, one of the deep and uncomfortable connections between trust and betrayal. 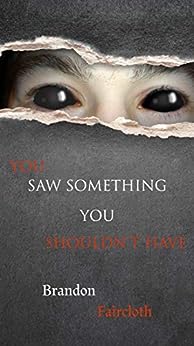 You saw something you shouldn't have

You step into the dark for a thrill. To be entertained. Then you find yourself in a school where a group of friends have brought something terrible to life. You meet a family whose extraordinary luck comes at a horrific price. You write a letter to yourself and get a reply that leads to death and madness. As you journey through these shrouded lands, you look back and can't make out where you started. Because once you're traveling through the darkness, the only way out is through.Read the collection of novellas and short stories that is being called "genius", "amazing", and "scary AF". But be prepared. You won't be the same when you come out the other side.