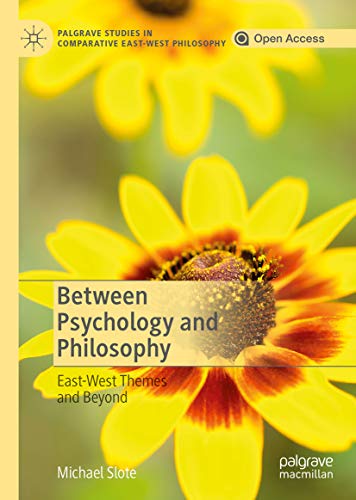 Between Psychology and Philosophy: East-West Themes and Beyond (Palgrave Studies in Comparative East-West Philosophy)

This open access book discusses a variety of important but unprecedented ways in which psychology can be useful to philosophy. The early chapters illustrate this theme via comparisons between Chinese and Western philosophy. It is argued that the Chinese notion of a heart-mind is superior to the Western concept of mind, but then, more even-handedly, the relative strengths and weaknesses of Chinese and Western thought overall are critically examined. In later chapters, the philosophical uses of psychology are treated more specifically in relation to major issues in Western philosophy.  Michael Slote shows that empathy and emotion play a role in speech acts (like assertion and thanking) that speech act theory has totally ignored. Similarly, he treats the age-old question of whether justice pays using psychological material that has not previously been recognized. Finally, the implications of psychological egoism are discussed in terms of some new psychological and, indeed, human distinctions. Human life is pervaded by instincts and aspirations that are neither egoistic nor altruistic, and recognizing that fact can help put egoism in its place. It is less of a challenge to morality than we have realized.