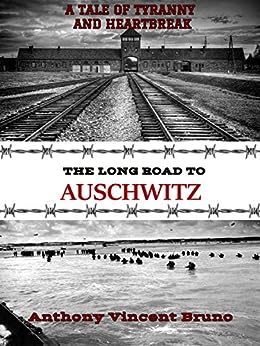 The Long Road to Auschwitz: A Tale of Tyranny and Heartbreak 1

A British soldier storming the Normandy D-Day beachhead, a man whose girlfriend had been deported to Auschwitz four years previously - "Whenever I see a German in black? I see a dead German in SS black."The #1 Amazon charts bestseller - The Long Road to Auschwitz explores the horrors of the Holocaust whilst looking to what would eventually end Nazi tyranny in Europe - the Allied soldiers landing on Normandy Beach. Pre-War Europe - May 1939. A couple meet and fall in love on a Parisian street. Max is a British Territorial soldier and Zia is a Jewish girl from the south of France. Zia's grandmother is a wealthy socialite, privy to a dark secret that can harm the Nazi leadership. After Zia is kidnapped by the Gestapo and Max is hospitalised, he awakes to find no trace of his beloved who he had planned to marry in England. The Red Cross suspect that she was trafficked across the border and delivered to Sachsenhausen Labour Camp at Oranienburg, not far from Berlin on the night of May 26th, 1939. A criminal act, 343 days before the Wehrmacht attacked France. June 6th, 1944 - four years later. Max is one of 150,000 Allied troops headed towards the Normandy beaches. He has two options - find the woman he could never forget or kill the people responsible for her death. From the very beginning, Berlin had ordered SS Hauptsturmführer Dieter Baumann to deal harshly with their VIP captive but never to kill her. Through three concentration camps, ending in Auschwitz, Zia wishes she had been killed many times over. Traumatized, she has no idea that Max and a few unlikely friends are battling their way through Nazi occupied Europe in a crazy attempt to rescue her. This novel explores the dark depths that humans can sink to in times of war. It is for adults only and even then; it is not for readers of a sensitive disposition. Whatever you read in this novel of extraordinary graphic Holocaust content, consider this – it was immeasurably worse, a hundred thousand times so. I now consider it the best "faction" Holocaust book I have come across. This page turner took me through a range of emotions; a perfect antidote for our troubled times. F.R.KThis is a wonderful love story as well as telling the horrific things that happened during this time. I couldn't read it without shedding tears of emotion as well as shedding tears for each and EVERY being that died in these times. I highly recommend this book. ALICE LEMON. 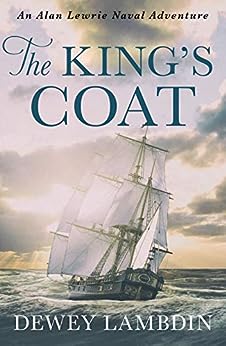 His exploits echo with the bustle of crowded ports and the crash of naval warfare…It is 1780 and seventeen-year-old Alan Lewrie is a brash young libertine with a head full of dreams. When he is found in bed with the wrong woman, he is forced to leave his profligacy behind for a new life at sea.Though sickness and hard labour await him aboard the tall-masted Ariadne, Lewrie finds himself gradually adapting to the world of a midshipman.But as he heads for the war-torn Americas into a hail of cannonballs, will he ever catch wind of the plot brewing against him back at home?The first Alan Lewrie novel, this action-packed naval adventure is perfect for fans of Patrick O’Brian, Julian Stockwin and C.S. ForesterPraise for The King's Coat‘You could get addicted to this series. Easily.’ New York Times Book Review‘The best naval series since C. S. Forester . . . Recommended.’ Library Journal‘Fast-moving. . . A hugely likeable hero, a huge cast of sharply drawn supporting characters: there's nothing missing. Wonderful stuff.’ Kirkus Reviews 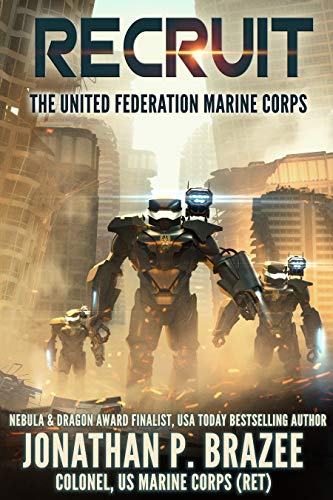 Desperate to escape a life of poverty on his desolate home planet, Ryck Lysander enlists in the United Federation Marine Corps, hoping to make a better future for himself. However, Ryck soon discovers that the Corps is more than a means of escaping his former life as he is pushed beyond the very limits of his strength and willpower. From bootcamp brawls to skirmishes with galactic pirates, Ryck's new life presents him with unimaginable adventures and forces him to prove his mettle as he forges his new identity and fights to earn his place as one of the Brotherhood of Marines. 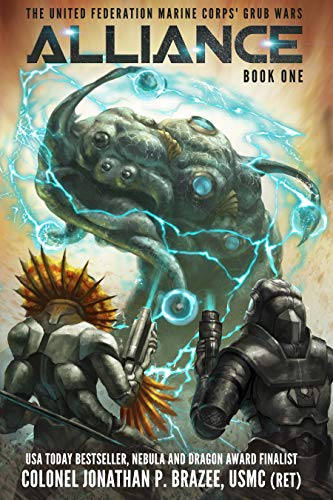 Lance Corporal Hondo McKeever is a peacetime Marine. Humanity is involved in a limited war with the alien Klethos, where gladitorial combat decides the fate of worlds, but that doesn’t affect the common Marine or sailor. His career has been training hard but never seeing actual combat.All of that changes when a new enemy invades the galaxy, one that threatens both humanity and Klethos.Mankind hasn’t fought an all-out war in centuries, but they’re about to. McKeever is assigned to a special task force with the mission to find out what makes this new enemy tick, and, if possible, stop them in their tracks before humanity is eliminated like so much insignificant vermin. 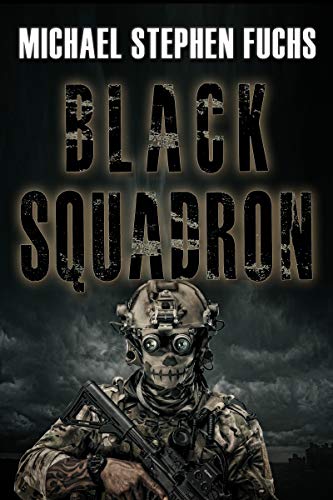 Readers call the work of Michael Stephen Fuchs: “extreme, fast-paced action at its most violent, explosive, deadly, and gripping” … “thoroughly engrossing, taking you on a wild ride through utter devastation” … “full-on military badassery”… “totally stunning in its originality” … “Relentless - Fuchs is a master of turning the screws” … “terrifying, heroic, and tragic” … “Riveting. Full of horror and beauty” … “The writing is incredible, and the level of action is absolutely unmatched” … “unrelenting, unflinching, and unputdownable” … “brutally fast, intense, intelligent, and just brilliant” … “a continual heart attack” … “Insanely awesome” … “You have to remind yourself to breathe” … “Like a Michael Bay movie on steroids” … “Action, frustration, fear, laughter, sadness, and hope. MSF is a gift…”One troop of beyond-Tier-1 operators – gone completely off the reservation.One platoon of stalwart Army Rangers – pledged to protect them, but now pushed too far.And a thousand tribes of enemy fighters who JUST WANT THEM ALL GONE.Black Squadron is a secret cadre within DEVGRU (aka SEAL Team Six), consisting of master sniper and recon experts who carry out sensitive and dangerous advance force operations (AFO) in the most lethal cesspools and ash-heaps around the war-torn globe.They are an elite within an elite (within an elite).But now they are being deployed to the darkest heart of the last days of the blood-drenched Syrian civil war, where they are surrounded by thousands of Syrian regulars, dozens of head-hacking Islamist militias, the hardest of the hard-core ISIS and al-Qaeda remnants, fierce Kurdish Peshmerga freedom fighters, ruthless Iranian Qods Force agitators, as well as Putin’s hyper-lethal and utterly merciless pipehitters from Spetsnaz GRU.They’ve also been saddled with a blocking force, a platoon of US Army Rangers from the 75th Ranger Regiment – a unit that has fought in every U.S. engagement from the invasion of Sicily to Black Hawk Down. The Rangers are upright, loyal, and never leave their brothers behind.But now the Rangers may be the only ones who can stop a rogue Black Squadron from leaving everyone bleeding out in the street – and also kicking off a shooting war between two nuclear powers.It’s Black Hawk Down meets Training Day in this explosive collision of two legendary special-operations units battling to survive and prevail in the most dangerous city on the planet. 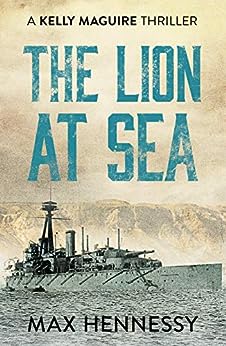 The Lion at Sea (The Captain Kelly Maguire Trilogy Book 1)

A young recruit. A legendary battle. A cataclysmic war. A baptism by fire...Kelly Maguire knew from a young age that he could accomplish great things. As World War I begins, Kelly enlists in the Royal Navy, hoping to win both the war and glory.But from the barbarous battles of Gallipoli to the nightmarish action of Antwerp, Kelly learns the trials a soldier must face: trials that will forge him into a man. As the epic battle of Jutland approaches, everything is at stake.From acclaimed novelist Max Hennessy comes a gritty naval adventure, full of blood, guts and heroism in the face of danger. 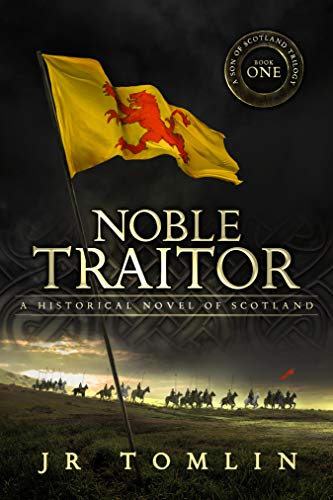 Scotland, 1306: Young Thomas Randolph joins Robert the Bruce in the fight for Scotland's freedom. After a disastrous loss in battle, Thomas is a prisoner and the Bruce has fled. One of many ordered to be executed under the dragon banner, his life is saved by a friend. Now, caught in the dangerous tide of shifting allegiances, Thomas is forced to make a life-altering decision. This is the story of a young man's tumultuous journey from naive squire to battle-weary knight to, finally, the closest companion of the King of the Scots. 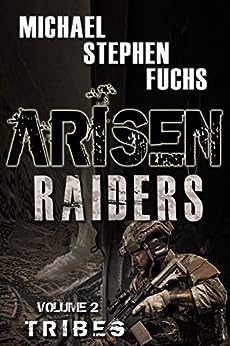 Readers call the ARISEN series: “the best post-apocalyptic military fiction there is” …“the most amazing and intense battle scenes you've ever experienced” … “They grab you on the first page and kick your ass through the entire series” … “The Game of Thrones of the Zombie Apocalypse” … “you never know what the hell is coming at you next” … “Blows World War Z out of the water” … “dials the volume to the point of annihilating the sound system” … “the most harrowing, sustained action sequences I think I've ever read” … “not only the best zombie apocalypse series in print, it's also better than any military classic written by Clancy, Coyle, or Poyer” … “Like a Michael Bay movie on steroids” … “like trying to ride a bronco in a tornado” … “I DON’T KNOW WHAT TO SAY ANYMORE!!! I JUST DON’T - This is the best military fiction series ever written! Hands down” … “A superb ending to an absolutely mesmerizing and phenomenal series. This was an experience I'll never forget.”★ ARISEN : Raiders, Volume 1 is a #1 New Release in War Fiction. ★One nuclear supercarrier strike group, perhaps the last operational military unit on a fallen planet.Two teams of spec-ops Marines, the only warriors dauntless enough to dare the missions required to keep the others alive.And one Special Amphibious Reconnaissance Corpsman, battling to do an impossible job and find his place on a team knit tight as steel cable…The blistering new series continues, with Doc Yaz, Gunny Blane, and the rest of the Raiders safely back on the Kennedy. But they are nearly instantly thrust back onto shore, out into the worst of the Zulu Alpha, in order to secure the critical supplies the strike group needs to survive even another week – and then the weapons and ammo the Marines need to keep fighting for the others. Hold your breath as these shore missions go from simple, to stupid, to suicidal, all with breathtaking speed and violence. Yea, verily…Shit Happens in the Zulu AlphaARISENHope Never Dies. 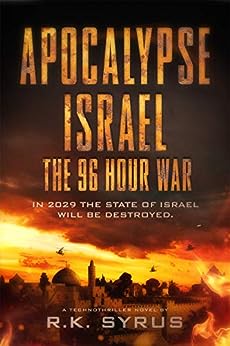 Israel’s Last StandDavid and Boaz, two brothers battle for the survival and the soul of a Nation.From nuclear bunkers under the sands of the Negev Desert, to the modern concrete and iron walls of Jericho, to the very foundations of Jerusalem’s Temple Mount, no one and nothing will be safe during The 96-Hour War.“Apocalypse Now in the near-future Middle East.”2029: Israel’s society is threatened by evil earthly forces few comprehend and uncanny foes that may never be understood by the novel’s unique characters, which include:David Baumann: Orphaned by sectarian violence, adopted by the country’s leading rabbi, recruited as an assassin by Israeli Army Intelligence. He has just eliminated a security threat and saved thousands of lives. But has he unwittingly set in motion an Apocalypse that will consume the Holy Land and possibly the entire world?Lia Baumann: Bedouin Arab, Israeli citizen, she is a top computer expert and also David’s wife. What will she do to save her husband and everyone she’s ever known from ultimate annihilation?Ellie Sato: The London Juggernaut’s top Lifestyles reporter has a yearning to cover serious news. Kurdistan’s independence in North Iraq is the breaking news opportunity of a lifetime. Will complications involving a mysterious American Green Beret officer send them both in directions they never dreamed?Nearby Iraq is disintegrating; Jordan’s monarchy is toppling; generals in Iran and Turkey watch like greedy vultures.The Jewish state is a military and economic powerhouse. But something deep within is broken. It will not endure the shattering brutality of the 96-Hour War.Thriller with science fiction elementsSuggested for 18+ violence, racial insults, profanity, a scene of sexualized violence, destruction of religious sites