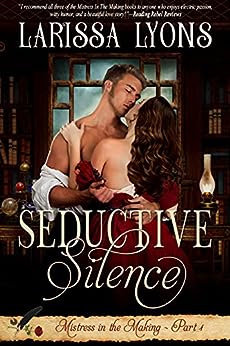 Seductive Silence: A Fun and Steamy Historical Regency (Mistress in the Making Book 1)

For Jane Austen fans who always wished her stories had a bit more heat…Pestered by a persistent stammer, a Regency lord must find a way to woo his new mistress without words. Recently widowed and increasingly poor, Thea’s been reduced to sharing her rented room with rodents and arguing over every morsel (the mice usually win). When a friend suggests an alliance of the most intimate sort, Thea’s reluctantly intrigued. But given her lackluster marriage, she doubts her ability to entice an experienced man. The considerate, if quiet, Lord Tremayne attracts her mightily, so she sets aside her misgivings. That is, until Thea realizes she’s about to break the cardinal rule of mistressing—that of falling for her new protector.Seductive Silence is Book 1 of 3 in the Mistress in the Making series: A heartfelt, emotionally satisfying tale told in three parts: Seductive Silence, Lusty Letters, and Daring Declarations. 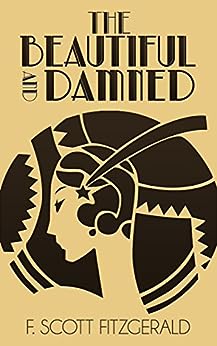 The Beautiful and Damned

First published in 1922, F. Scott Fitzgerald's second novel The Beautiful and Damned portrays the Eastern elite during the Jazz Age, exploring New York Café Society. The story is believed to be largely based on Fitzgerald's stormy relationship with Zelda Fitzgerald.This is the tale of young couple Anthony and Gloria Patch living out their days to the hilt in New York City as they await the death of Anthony's grandfather, Adam Patch from whom they expect to inherit his massive fortune. They drink and eat in the classiest restaurants and hotels, rent the most expensive apartments, travel out to the West in the spring time driving plush cars, wearing top-of-the-line clothing and just generally living it up high on the hog, as they wait. But as time goes on their lust for life and their similarities threaten to destroy their innocence and their relationship.A fierce parable about the illusory quality of dreams, the intractable nature of reality, and the ruin wrought by time, The Beautiful and Damned eerily anticipates the dissipation and decline that would come to the Fitzgeralds themselves before the decade had run its course. 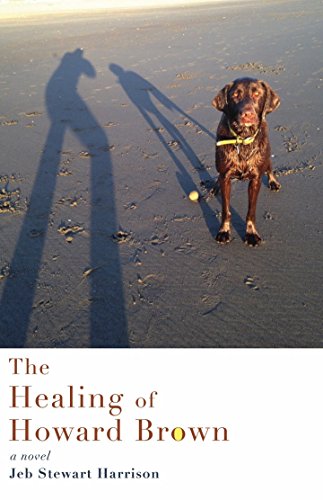 The Healing of Howard Brown: A Novel

“This is your last chance to do something right, son. Don’t screw it up.” With these words ringing in his 60-year old ears, Howard Brown, Jr., sets out from Kentfield, California to find his wayward and possibly psychotic sister and return her to their dying father’s bedside. Hopelessly addicted to opioids, Howard travels lead to the Brown family’s ancestral home near St. Francisville, Louisiana, where his Southern cousins have apparently conspired with his sister to bilk him out his inherited, potentially oil-rich property. At the same time, he discovers that a long dormant birthmark in his sternum is a portal to the land of the dead. His consciousness is suddenly inundated with terrifying visions of murderous rebels and visitations from a rogue’s gallery of twisted ancestors, until he fears that he is just as crazy as his sister and everybody else in their labyrinthine family. When his wife Sandy and his grown son, Tripp, blinded at a young age, show up at the fly fishing camp on Bayou Teche, Howard is a wreck. Wounded to his core, doped up and strung out, Howard discovers that his salvation is beating loud and clear within his own weary heart, and that all he has to do is listen. The Healing of Howard Brown is a capacious and energetic family saga of self-discovery, delivered with an authentic voice that is supple, smart, somber, witty, ironic, self-revealing, self-doubting, and wonderfully lyrical. Themes of family, trust and responsibility to others, the national as well as personal past, and the life of the spirit resound throughout, with a cultural resonance involving class and race, the North and the South, the definition of masculine identity, and, centrally, the nature of mature love in a multitude of relationships–husband-wife, brother-sister, father-son– in the face of a debilitating mental illness that runs like a poison vein through the family tree.“If you enjoy beautiful prose, complex themes of family and race, and a refreshingly original narrator, this book is for you. Harrison is among the select few contemporary fiction writers who still write for serious readers.” - Jim Heynen, author, best known for The One Room Schoolhouse , The Boys’ House, You Know What is Right, The Man Who Kept Cigars in His Cap and many more. 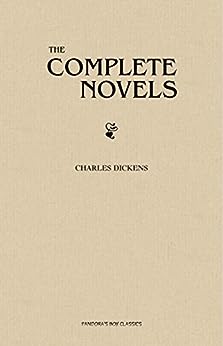 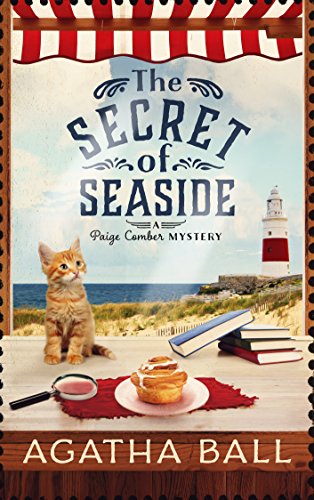 Welcome to Seaside! A sleepy, island village filled with sandy beaches, colorful characters... AND MURDER!Paige Comber dreams of running off to Paris to train at the Cordon Bleu, but fresh out of college, she is stuck running her granny's coffee shop in the small town of Seaside. It looks like a lousy summer until a handsome stranger named Nate arrives. He's here to help his Uncle Byron with his affairs, but when his uncle's body washes up on the beach and Nate is thrown into prison, it is up to Paige to find out who might have been crazy enough to do it.BOOK ONE in the PAIGE COMBER MYSTERY series 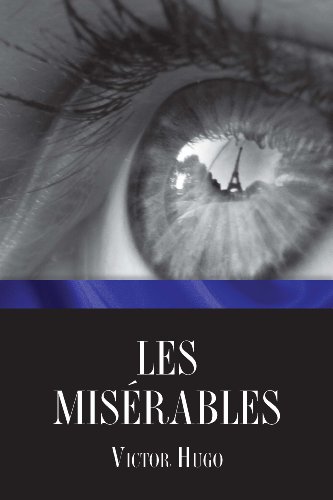 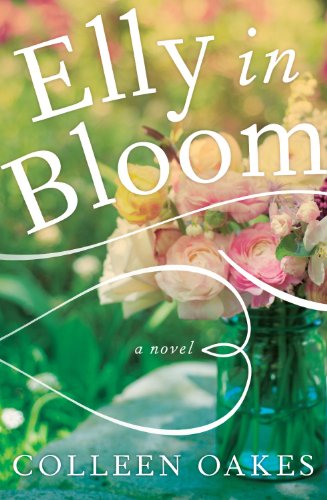 Elly in Bloom: A Novel

Surrounded by lush flowers and neurotic brides, Elly Jordan has carved out a sweet life for herself as the owner of Posies, a boutique florist in St. Louis. Not bad for a woman who drove away from her life two years earlier when she found her husband entwined with a redheaded artist. Sure, Elly has an embarrassingly beautiful best friend, a badly behaved sheepdog, and a sarcastic assistant she simply calls "Snarky Teenager," but overall her days are pleasantly uneventful. As a bonus, her new next-door neighbor just happens to be an unnervingly handsome musician who has an eye for curvy Elly. Just when she feels that she is finally moving on from her past, she discovers that an extravagant wedding contract, one that could change her financial future, is more than she bargained for. With the help of her friends, staff, and more than a few tasty sandwiches, Elly bravely agrees to take on the event that threatens to merge her painful history with her bright new life, and finds herself blooming in a direction she never imagined. 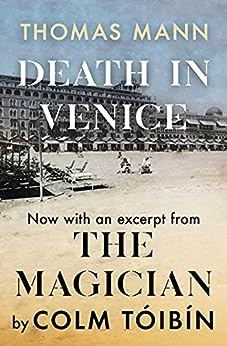 A famous author in his early fifties travels to Venice alone and succumbs to a deep obsession with an exquisitely beautiful adolescent boy in Thomas Mann's iconic novella. Featuring an exclusive introduction from Colm Tóibín and an excerpt from his most recent novel The Magician. 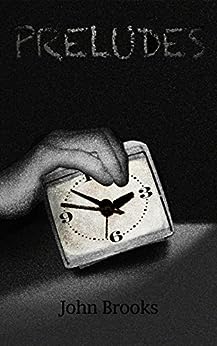 Preludes: A Story of Child Sexual Abuse from a Childa??s Perspective in a Middle-Class American Family

He’s Just a Boy – How Does He Stop the Firestorm?Illuminating the horrors of child sexual abuse from a child’s perspective, this original, novella-length version of Preludes chronicles the experiences of a nine-year-old boy as he struggles to survive sexual abuse by his father in a middle-class American family in the 1960s. Preludes is based in significant part on the experiences of its author, a child sexual abuse survivor. (A revised, novel-length version of Preludes is also available on the Kindle Store.)* * *When a nine-year-old boy in a well-respected middle class family is raped, then repeatedly molested by his father, how does the boy experience the abuse and how does he manage to survive?Preludes examines these questions.The boy wakes in the middle of the night to find his father sitting on the edge of his bed, gently shaking him from his sleep. Though confused by his father's unexpected presence, for a few brief moments he suspects nothing unusual.His father then accuses him of having misbehaved without saying how, and tells him he'll have to be punished. The boy initially protests, but then, sensing the futility of resistance, grudgingly prepares himself for what his father tells him will be a spanking, all the while thinking, "Gee, this is ridiculous—I haven't done anything wrong." His father then proceeds to rape him, and, the rape completed, threatens to murder him if he tells anyone, including his mother.Thus begins the boy's struggle for survival in the face of his father's nightly onslaughts—a struggle that stretches the boy's physical, psychological, and emotional resources to their limits and beyond.Adding to his struggle's immensity is the story’s milieu: a "Pleasantville" middle class neighborhood in a mid-sized American city in the early 1960s—an environment that gives no indication, on its surface, that dysfunction of such proportions could occur within its hermetic confines. The boy's family enjoys a high status—the father is a professor at a prestigious university, and the family belongs to a Presbyterian church that counts among its members some of the city's most prominent citizens. It is an environment in which acknowledgement of even the merest possibility of child sexual abuse within a family as respectable as that of the boy's is as taboo as the abuse itself. Sensing these constrictions, the boy feels his isolation in his suffering increase exponentially.The prime importance placed by the community on maintaining a semblance of normalcy, no matter the cost to the truth, extends to the day-to-day life of the boy's home. The family's nightly meals together, at a table set with engraved silverware and an "everyday" china of the most tasteful design, and the "Smile Club" photos the boy's mother hangs in the downstairs hallway—family photos, taken regularly, for which the fundamental requisite is that everyone in them be wearing a pleasant smile—help form the bulwark of the mother's determined effort to put the best possible face on things.To survive, the boy attempts to hide the truth as much as possible, even from himself, with his mind employing, as its chief means to this end, a total forgetting of the abuse when it's not actually happening—a strategy his mind has utilized on previous occasions of his father's abuse.But survival, though laudable, comes at an enormous cost—a cost exacted, among other ways, in the warped perception the boy forms of what it means to "be a man." A cost, the story suggests, the boy will have to pay going forward, into adulthood, until he reaches a point of substantial healing. 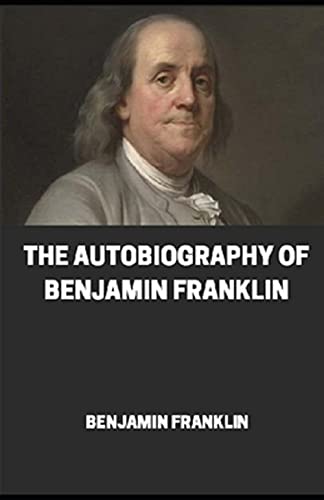 The Autobiography of Benjamin Franklin is the traditional name for the unfinished record of his own life written by Benjamin Franklin from 1771 to 1790; however, Franklin himself appears to have called the work his Memoirs. Although it had a tortuous publication history after Franklin's death, this work has become one of the most famous and influential examples of an autobiography ever written. Franklin's account of his life is divided into four parts, reflecting the different periods at which he wrote them. There are actual breaks in the narrative between the first three parts, but Part Three's narrative continues into Part Four without an authorial break 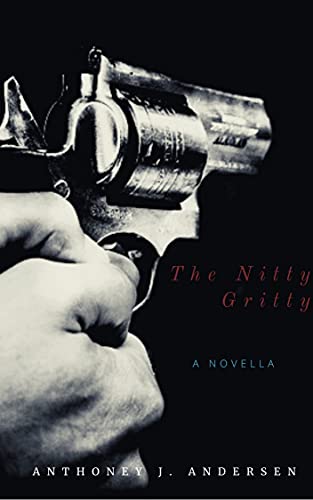 The Nitty Gritty: A Novella

Rancor City holds the nation’s highest crime rate. With drugs, prostitution, homelessness, and murder flooding the streets, it’s no wonder why criminals have taken over the city. Bobby Dominguez, a small time criminal trying to make a name for himself in the underworld - as a way to support his wife and terminally ill grandmother - becomes the protégée of Jakes Stevens, Rancor City’s top crime boss. However, Jakes’ psychotic and murderous ways force Bobby to either abandon his morals against committing murder - as a way to increase his status as a ‘legit criminal’ - or forever continue being just another bottom feeder in today’s society. Hot on Jakes’ trail is Detective Andrew Clayton, whose obsession with bringing down Jakes once and for all has nearly ended his career and his marriage multiple times. As Jakes and Bobby attempt to pull off the nation’s largest bank heist, Clayton stops at nothing to bring these two criminals to justice and restore order and hope to their once great city.