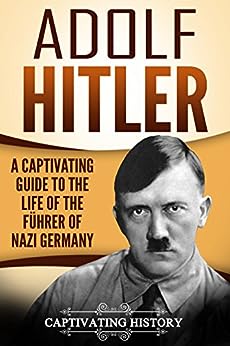 Adolf Hitler: A Captivating Guide to the Life of the FA 1/4 hrer of Nazi Germany (Captivating History)

Explore the Rise of Adolf HitlerFree History BONUS Inside!Was Hitler, as Ian Kershaw asked, a natural consequence of German history, or an aberration? Not that Hitler had been in hiding, waiting to attack. The Führer had actually been following an aggressive and savage foreign policy for almost ten years, and been named Man of the Year by Time magazine in 1938.This is not a book about World War II, but about the man, Adolf Hitler, one of the faces and names that still arouse the strongest feelings—repulsion, resentment, and even fanaticism—but one who also had a childhood and a youth, a father and a mother. It is the road to madness—beginning that day in August of 1934 when he took over absolute power and ordered allegiance and loyalty to him alone—that this book is about. Some of the topics covered in this book include:Hitler's OriginsHis InceptionThe anti-Semitic capital of EuropeMunichFirst World WarHitler's AscensionMein KampfHis DownfallThe remains of Adolf HitlerAnd a Great Deal More that You don't Want to Miss out on!Scroll to the top and download the book for instant access! 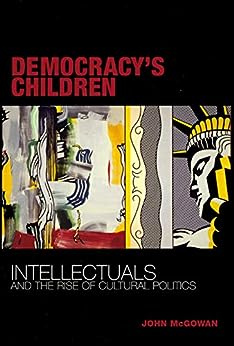 Democracy's Children: Intellectuals and the Rise of Cultural Politics

How do American intellectuals try to achieve their political and social goals? By what means do they articulate their hopes for change? John McGowan seeks to identify the goals and strategies of contemporary humanistic intellectuals who strive to shape the politics and culture of their time. In a lively mix of personal reflection and shrewd analysis, McGowan visits the sites of intellectual activity (scholarly publications, professional conferences, the classroom, and the university) and considers the hazards of working within such institutional contexts to effect change outside the academy. Democracy's Children considers the historical trajectory that produced current intellectual practices. McGowan links the growing prestige of "culture" since 1800 to the growth of democracy and the obsession with modernity and explores how intellectuals became both custodians and creators of culture. Caught between fears of culture's irrelevance and dreams of its omnipotence, intellectuals pursue a cultural politics that aims for wide-ranging social transformations. For better or worse, McGowan says, the humanities are now tied to culture and to the university. The opportunities and frustrations attendant on this partnership resonate with the larger successes and failures of contemporary democratic societies. His purpose in this collection of essays is to illuminate the conditions under which intellectuals in a democracy work and at the same time to promote intellectual activities that further democratic ideals.