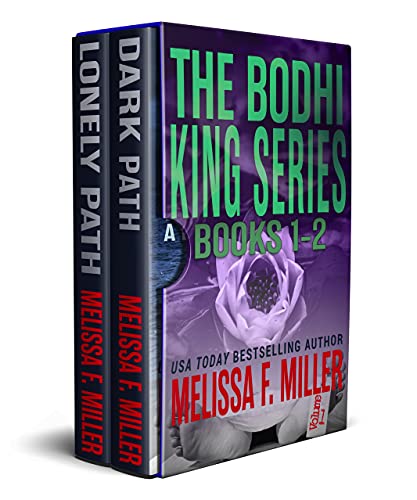 Buckle up for a double dose of mystery and suspense in this two-book forensic thriller set from USA Today bestselling author Melissa F. Miller!Dark Path (Book 1)Healthy residents of a posh assisted living facility are dying in the middle of the night ... expressions of pure terror etched on their faces.After solving a series of unexplained deaths several years ago, forensic pathologist Dr. Bodhi King retreated from the limelight. Now, he's called out of early retirement to help investigate a death cluster on a private island in the Florida Keys, where he lands in the middle of a simmering conflict.Members of the Golden Island Church have a furtive agenda to protect. The dying Cuban-Americans have long-held secrets of their own. And everyone seems to have a reason to stop Bodhi from bringing the truth to light.Lonely Path (Book 2)An overdose epidemic, a girl who’s supposed to be dead, and a chance encounter with an old flame land Bodhi in the middle of a high-stakes crime ring. Bodhi’s honored when he’s invited to present a paper at an international forensic pathology conference. And he’s stunned when he learns his former girlfriend is a fellow panelist. It’s been more than a decade since Bodhi broke Eliza’s heart, and his behavior weighs on him. He convinces her to join him for dinner in the Quebec countryside so he can make amends.Returning to the hotel after their meal, they see a dazed young woman, barefoot and mute, standing by the roadside. She has no memory of who she is or what's happened to her. Bodhi and Eliza put aside their past to help the shattered woman reclaim her life. In the process, they discover the horrifying truth about an overdose epidemic plaguing the region. The knowledge paints a target on their backs.As a Buddhist, Bodhi follows a path of nonviolence, but his faith will be tested when Eliza’s life is on the line. 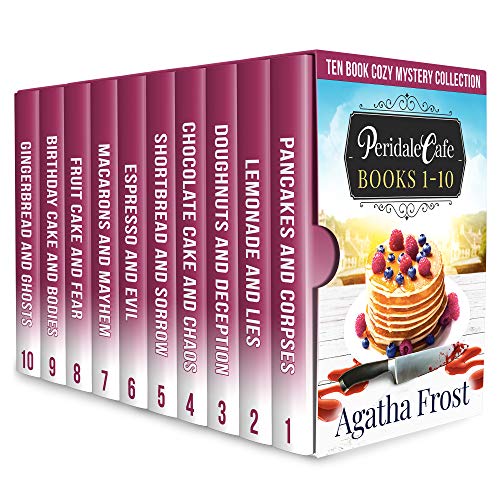 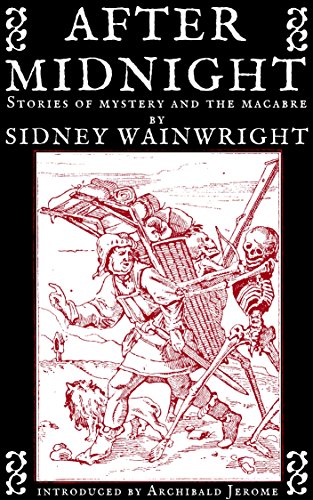 After Midnight - Stories of Mystery and the Macabre

“Anything can happen in the dark…” After Midnight is a collection of gothic short stories based on the folk legends and cautionary tales of the unknown that were collected in Britain by missing author Sidney Wainwright. All the tales are born from that inane human fascination with mystery and the macabre. From sinister unsolved murders or the exploits of slavers to the realms of the supernatural, and the mysteries of the human mind, these tales heighten the senses and take you back to those childhood fears that we are all drawn to once again when the lights go out.The tales are presented from a rediscovered manuscript by Sidney Wainwright’s friend Archibald Jerome along with his recollections of the illusive man himself, who is perhaps a deeper mystery than any of the stories. Sidney Wainwright’s whereabouts and fate remain a mystery to this day. So sit by the hearth on a dark and stormy night. Read yourself a story or two by firelight. Try to forget the sense that someone is there with you, watching, always just out of sight. I warn you, once the clock chimes midnight, there is no knowing how this tale will end. 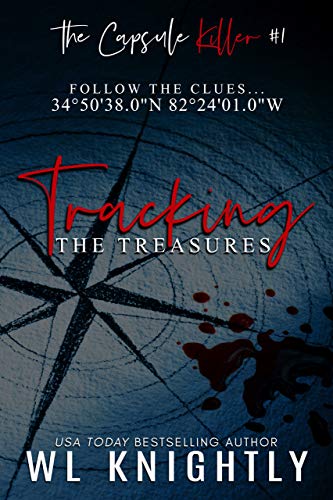 Let the web unravel itself and try not to die in the process. After losing her mother in a freak accident, Suede Harris is trying to pick up the pieces and move on with her life. With a history of trouble, including bad relationships, alcohol, and ditching college, finishing up her criminology degree seemed like the best way to start.While catching up back home with summer courses, she joins a study group to keep on track, but when her friends convince her to go geocaching, a simple trip will shake up her entire world. When the only treasure they find is a human bone, it will send her on a mission fueled by personal trauma to figure out what happened to the victim.Will she find the killer, or uncover secrets that have been long buried?Author Note: This is book 1 of a 6 book murder mystery series. The books cannot standalone, so please be warned that you'd need to read all 6 to get the full story. Each book will release the last Thurs of the month! The town in the story is fictional, so the coordinates on the cover do NOT correlate to the murder locations. Hope you love the story. 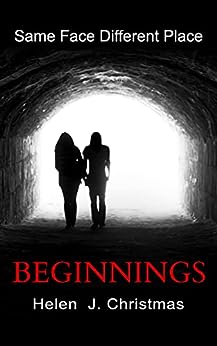 When sixteen year old Eleanor Chapman returned home for the school holidays, she never expected her life to spin out of control. She had no idea her father was mixed up in organised crime nor that a series of unforeseen events would pitch her into an ultimate game of cat and mouse.Step into the criminal underworld of the 1970s. On the day Eleanor’s father is forced to go on the run, she is left at the mercy of dangerous people.With no choice but to escape, she stumbles across a mysterious prisoner.His name is Jake, a rock musician from Holland and he has a contract on his life.As two young people, thrown together by fate they find love. It doesn’t take long for Eleanor to realise that she will do anything to keep Jake alive.Forced to exist on a knife edge, they are desperate to escape from London.Will they outrun the deadly gangland villains who stalk them?Or are the people at the top more powerful than they think?Beginnings: Book 1 of the series “Same Face Different Place” a romantic British thriller through the decades.Inspired by the violent criminal underworld of Martina Cole and the strong characters who would expect in a Leslie Pearse novel, this book has been described as an emotional roller coaster and with elements of high tension that make it difficult to put down.If you like romance and enjoy a good thriller, this book is an excellent choice for fans of both genres.tags: thriller, conspiracy, conspiracy thriller, London thriller, London organised crime thriller, romantic thriller, romance, love story, teenage love story, teen romance, YA romance, 1970s, 70s British thriller, social history novel, criminal underworld novel, east london gangster thriller, gangland thriller, mystery thriller, thriller suspense, book, novel, ebook, British book, kindle book, kindle unlimited, book about London, book about organised crime in the 1970s, book about London organised crime in the 1970s 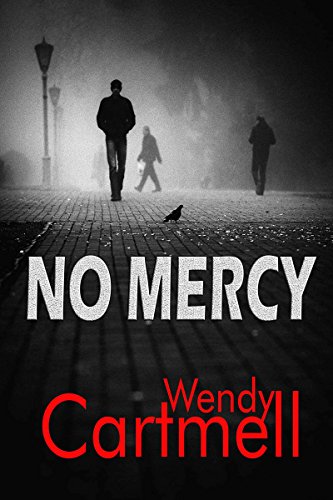 A collection of short stories including:No Mercy - prequel to the bestselling Steps to Heaven #1 in the Sgt Major Crane crime series.Is crime ever justified? Would you be merciful if it came to it? Or would you take your revenge? Crane investigates a fire in which a man dies. Was it an accident or something more sinister? Crane won't stop until he finds the truth."Excellent read from a slick pacey writer - leaves you wanting more!" Andrew ButlerCartmell Rocks! This collection of short stories showcases Wendy Cartmell's fresh style and engaging prose. She presents a variety of situations of people caught in intriguing circumstances. The author delivers a twist to many of her stories in this collection.Ed Benjamin Author 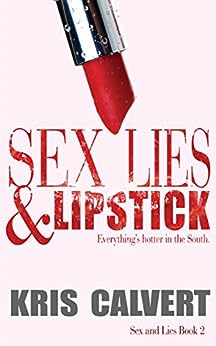 Mac Callahan, a seasoned FBI agent in Washington, D.C., has given up the fast lane to live a life of sweet tea and sunshine in Alabama with the girl of his dreams, Samantha Peterson. But Mac’s years of bringing down drug lords and psychotic criminals is about to catch up with him just as he’s resigned himself to leave it all behind. Finally getting the husband and family she’s longed for, Sam finds that life at Mac’s farm, Lone Oak, is a Southern girl’s dream full of romance, love, lipstick and pearls. It’s all Southern charm and Champagne between the sheets until a psychotic stalker sets his sights on completing an unfinished grudge. Carefully planning, Hector Quintes has patiently waited to crash Mac and Samantha’s happily ever after. No one Mac Callahan loves is safe – least of all Samantha. When they said, “until death do us part,” neither knew how soon that could be and as Hector becomes intimately close to their family, the line between friend and foe grows strangely blurred. It’s a deadly game of cat and mouse, but who is chasing whom? 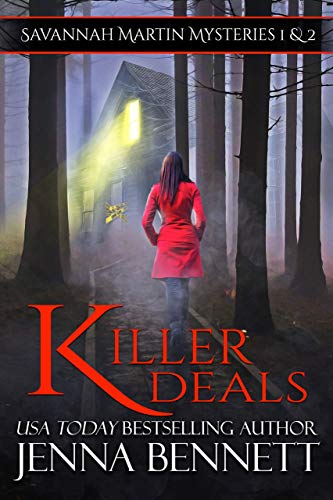 Collection of the first two USA Today bestselling Savannah Martin mysteries.“The hilarious dialog and the tension between Savannah and Rafe will delight fans of chick-lit mysteries and romantic suspense.” Jo Ann Vicarel, Library JournalSavannah Martin has always been a good girl, doing what was expected and fully expecting life to fall into place in its turn. But when her perfect husband turns out to be a lying, cheating slimeball, Savannah kicks him to the curb and embarks on life on her own terms. With a new apartment, a new career, and a brand new outlook on life, she’s all set to take the world by storm. If only the world would stop throwing her curveballs... A CUTTHROAT BUSINESS - #1 Everyone has warned new-minted realtor Savannah Martin that real estate is a cutthroat business. But Savannah doesn’t think she’s supposed to take the warning literally ... until an early morning phone call sends her to an empty house on the ‘bad’ side of town, where she finds herself standing over the butchered body of a competitor, face to face with the boy her mother always warned her about.Rafe Collier is six feet three inches of testosterone and trouble; tall, dark, and dangerous, with a murky past and no future—not the kind of guy a perfect Southern Belle should want to tangle with. In any way. But wherever Savannah turns, there he is, and making no bones about what he wants from her.Now Savannah must figure out who killed real estate queen Brenda Puckett, make a success of her new career, and avoid getting killed—or kissed—by Rafe, all before the money in her savings account runs out and she has to go back to selling make-up at the mall.HOT PROPERTY - #2When Savannah Martin’s fellow Realtor and friend Lila Vaughn is robbed during an open house, Savannah rushes to the rescue with tea and sympathy, or at least a really good lunch and a shoulder to cry on. However, Lila seems more peeved than distraught, and her main gripe is that the sexy robber who tied her to a kitchen chair—for her own good—didn’t follow her suggestion to tie her to the bed instead.Lila’s description of the man fits Savannah’s old school-mate Rafael Collier to a T. Rafe has recently turned up in Savannah’s life again, and he isn’t above doing a little breaking and entering. Metro Nashville Homicide Detective Tamara Grimaldi is of the same opinion, and when Lila turns up dead, tied to her bed and strangled, Rafe becomes a suspect.Now Savannah must get busy finding the real murderer before Detective Grimaldi can arrest the wrong man. 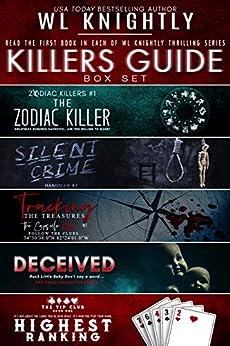 Read the first book in each of WL Knightlys' thrilling series in this first time ever, Killer Guide Box Set!