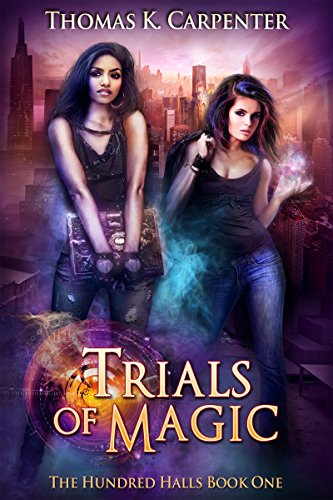 There are exactly one hundred halls of magic to choose from. Ever since our parents were killed I knew exactly which hall was for me.Aurelia "Aurie" Silverthorne is one of the best and brightest to ever apply to the Hundred Halls, the only magical university in the world. To be accepted, she must pass grueling trials that claim the lives of aspirants every year. But more than her desire to practice magic is at stake.Aurie's little sister has been courting powerful forces in hopes of protecting herself from the beings that killed their parents, but alliances come with complications. As things spiral out of control, and dangerous foes arise at every turn, Aurie knows the only way to protect her sister is to pass the trials—even if it means making a terrible sacrifice. 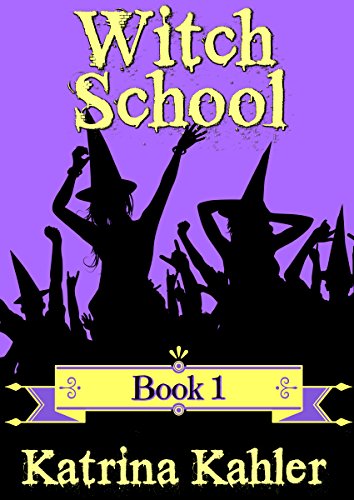 Fantasy Books for girls 9-12 Imagine being 11 years old and discovering you are a witch! For Charlotte, this was a huge surprise! She had no idea her mother was a witch and she was about to be enrolled in the most prestigious Witch School in the world. At first she was fearful, but as she met new friends, amazing teachers and had magical experiences...she grew to love the school. This beautiful new book by Katrina Kahler will take you on a magical journey. You'll love Charlotte's new friends, even Alice is entertaining. But when Charlotte's path crosses with Margaret Montgomery, bad things happen...you'll love the suspense and drama. A perfect series book for girls 9-12! 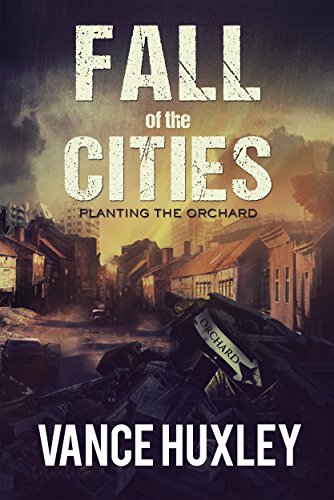 Fall of the Cities: Planting the Orchard

The world is falling apart. Terrorists spark a worldwide oil and gas crisis while imports grind to a halt. Europe and Britain are erupting into chaos as food runs out and desperate people take matters into their own hands. As the government begins to seal off rioting parts of the city, Corporal Harry Miller takes an offered discharge to get his sister and her kids to safety. But he’s not fast enough. Trapped in the city with a rag-tag collection of ordinary citizens, Harry struggles to create a small pocket of stability - a place to ride out the coming confrontation between rioters and the Army, and save themselves from complete annihilation. 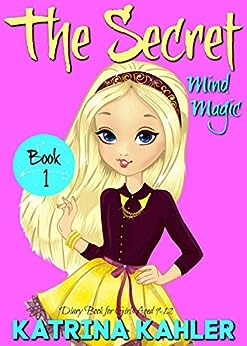 Book for Girls 9 – 12... The Secret - Book 1: Mind MagicWhen 12-year-old Tessa moves with her family to a new neighborhood, she attempts to befriend her neighbor, a boy who she discovers isn't very popular at school. When the cool group tries to lead her astray, Tessa has other ideas, and she steps in to defend her friend. A series of bullying incidents take place, and a hidden power comes to the fore.What happens when Tessa discovers the secret and will she stick by her neighbor, or move on to the popular group who are very eager to have her join their ranks? If you love reading about kids with special powers and you enjoyed my best-selling series, 'Mind Reader,’ then you are sure to enjoy this series too. It’s another exciting story full of drama, suspense, romance, boy crushes, friendship issues, and much, much more.The Secret is a fabulous book for girls 9 - 12 that you won’t be able to put down. Young teens will also enjoy this story! 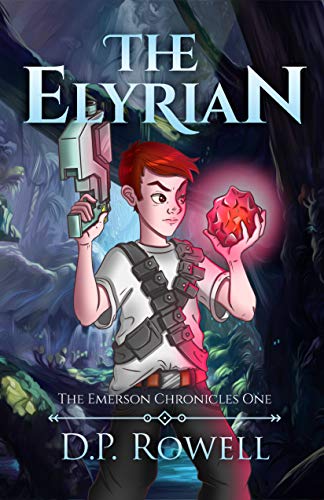 The Elyrian: A Fantasy Book for Kids Ages 9-12 (The Emerson Chronicles 1)

Like everyone else, Ace believed witches were nothing more than a bedtime story myth . . .On a family vacation in a strange new land, Grandpa pulls Ace aside and tells him a startling truth. Not only are witches are real, they're taking over the world, and Ace is the only one who can stop them.Ace is the chosen keeper of a mythical gem housing an incredible, ancient power that makes the darkness tremble—unfortunately, that also makes him and his family the witches' biggest target.Then, after passing the gem down to him, Grandpa mysteriously disappears, leaving Ace to fend for himself.To learn this new power, Ace must now escape the witches chasing him and his family, venture through treacherous lands filled with strange creatures to the headquarters of his grandfather's underground rebellion, and somehow convince a group of elite warriors that he—a twelve-year-old boy and his grandfather's youngest descendant—must assume leadership.Can twelve-year-old Ace save the world and protect this family? Join Ace in this magic-filled epic fantasy adventure. A spirited tale akin to the Chornicles of Narnia, The Elyrian is layered with themes of faith, courage, and forgiveness, that children will enjoy and families can read together. 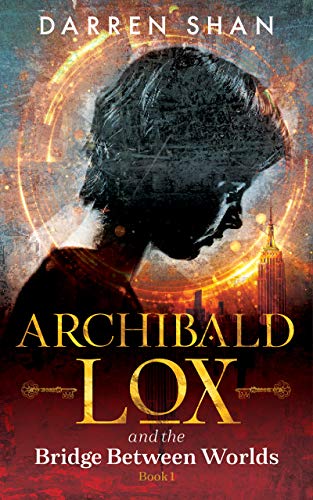 #1 AMAZON BESTSELLER!!!There is a universe beyond our own, known as the Merge.A young locksmith called Archibald Lox is about to cross worlds and explore it.As he learns about these lands of wonders, he will have to face cold-blooded killers, rivers of blood, hell jackals and more...Book one of the Archibald Lox series, by Darren Shan, the New York Times bestselling YA author of Cirque Du Freak and Lord Loss."A brisk, entertaining tale that unfolds in a wonderfully bizarre world." Kirkus."Shan has created an alternative world that is extraordinary and imaginative with fantastical creatures that both delight and horrify. A soon-to-be fantasy classic." The US Review of Books."It's a gripping saga that will be appreciated not just by young adult audiences, but by adults who enjoy other strong YA authors who create fantasy worlds appealing to young and old alike." Midwest Book Review."Archibald Lox and the Bridge Between Worlds is a perfect middle grade book. I couldn't put it down and read it in almost one sitting. For grabbing my attention from the very first page and making me excited about a series for the first time in ages, I give it a superb five out of five stars." Addicted to Media."Inventive and imaginative with plenty of jeopardy - as satisfying a read as we've come to expect from Darren Shan. I read quite a lot during the seemingly endless lockdown but nothing made me smile quite as much as the Archibald Lox series" The Bookbag."Filled with fantastic characters, true to form description, and Shan’s distinct writing style, Archibald Lox is sure to enthrall readers of all ages." The Haunted Wordsmith."I believe that the Archibald Lox series has the potential to be the author’s best work since The Saga of Darren Shan, it has the magical, dream-like overtones of Lewis Carroll’s Alice books and the captivating, world-hopping drama of Philip Pullman’s His Dark Materials. I can’t recommend it highly enough, perfect for fantasy fans of all ages." Books, Films & Random Lunacy."High fantasy that allows you to step away from the real world and into a vivid space of wonder." The Reading Corner For All."Perfect for fans of adventurous fantasy stories!" Mind of Luxe."I loved everything about the story, and can’t wait to see how it continues!" Rajiv's Reviews. 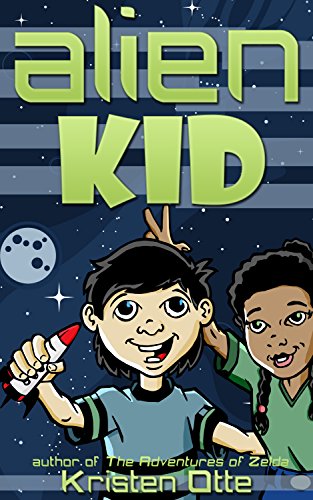 What happens when a mind-reading alien goes to middle school?Charlie Baker is the new kid at school. He looks like any other kid, but he’s far from it, and somehow he has to fit in and not reveal his secret.He thought it would be easy, but on the first day, he already messed up big time. Now, a girl, Maya, knows he’s from outer space, and the school bully, Caden, is out to get him. But Charlie has to make this middle school on earth thing work, so he’s willing to do whatever it takes–even if it means getting Caden flowers or wearing toilet clothes! Buy the first book in the series now!Alien Kid is the new, fun middle-grade series (ages 9-12) from Kristen Otte, the author of The Adventures of Zelda series. She writes funny books that parents can trust. 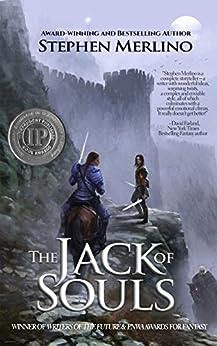 EPIC FANTASY ADVENTURE SERIES"Stephen Merlino is a complete storyteller--a writer with wonderful ideas, surprising twists, a complex and enviable style, all of which culminates with a powerful emotional climax. It really doesn't get better!" —David Farland, New York Times Bestselling fantasy author * * *"The first volume in Stephen Merlino's 'The Unseen Moon' series, The Jack of Souls is a terrific read from beginning to end and clearly establishes Merlino as a master of the fantasy action/adventure genre. Highly recommended for community library Science Fiction & Fantasy collections..." —MIDWEST BOOK REVIEW * * *"This is a book where characters are on a clock and the stakes are high. Comparisons could easily be drawn with the works of Tolkien or Martin... Merlino weaves a tale of swords and sorcery that somehow finds new ways to take readers down the well-worn path of fantasy literature. Tolkien’s influence can be found in the beautifully described environments of the story and the depth of the cast of well-developed characters. The comparison to Martin is mostly drawn because the Tale of Fire and Ice series is often acclaimed for its interpretation of real-world, human stories through the lens of fantasy." —Awesome Indies 5-star Review * * *In the tradition of the Shannara Chronicles and the Witcher series: A Rogue & Knight AdventureHarric, an outcast rogue, must break a curse on his fate or die by his nineteenth birthday. As the day approaches, nightmares from the spirit world stalk him and tear at his sanity. To survive, he’ll need more than his usual tricks. He’ll need help—and a lot of it—but on the kingdom’s lawless frontier, his only allies are other outcasts. One of these is Caris, a mysterious, horse-whispering runaway, intent upon becoming one of the Queen’s first female knights. The other is Sir Willard—ex-immortal, ex-champion, now addicted to pain-killing herbs and banished from the court.With their help, Harric might keep his curse at bay. But for how long?And both companions bring perils and secrets of their own: Caris bears the scars of a troubled past; Willard is at war with the Old Ones, an order of insane immortal knights who once enslaved the kingdom. The Old Ones have returned to murder Willard and seize the throne from his queen. Willard is on the run and on one final, desperate quest for his queen. Together, Harric and his companions must overcome fanatical armies, murderous sorcerers, and powerful supernatural foes. Alone, Harric must face the temptation of a forbidden magic that could break his curse, but cost him the only woman he’s ever loved.* * * A tale of magic, mischief, and the triumph of tricksters. * * * REVIEWS & TESTIMONIALS"An epic ride, a magical world, and fantastic characters that grab your imagination and won't let go... The Jack of Souls has it all."—Corinne O’Flynn, USA Today Bestselling author of The Expatriates series."A rich and rewarding new fantasy mythos!"—Rob May, author of Dragon Killer"Of all the books I've read in the past couple of years, The Jack of Souls is by far my favorite. Merlino's remarkable imagination and storytelling skills had me on the edge of my seat the whole way through!"—Karen Duvall, author of Darkest Knight, and Demon Fare.Multiple Award-Winning Fantasy NovelWinner of the 2016 Independent Publishers (IPPY) Silver award for Fantasy.First Place Winner of the 2014 Pacific Northwest Writers Association award for fantasy.First Place Winner of the 2014 Southwest Writers award for fantasy.#autism #strongfemale #star-crossed #rogue #thief #horse #teen #YA