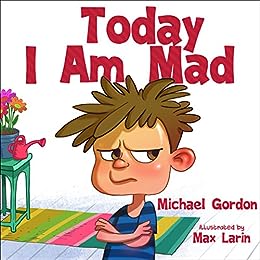 Self-Regulation Skills Series 1 Kids feel emotions in big ways! Here’s a great story for helping kids manage their feelings.* Help children learn to identify and regulate their emotions  * Anger is a normal, healthy emotion.* Behaving badly doesn't make you bad * Teaching your kids to deal with disappointment * Learn to tame your temper * Teaching kids about empathy, kindness, and compassion It has a great message: “This is a sweet little book. My 4 year old quotes it now when he starts getting cranky. ” - Julia“We like this book! IT's fun, and my girls like me to read it to them every night before bed“ - LizExplains empathy & kindness:“I got this book for my grandson. The pictures are colorful and the story teaches about patience. Book is perfect for the 3-5 -year old.“ - Kathy“Cute story, emphasizes empathy & kindness. My kids loved it!” - CarolAnd* Cute illustrations with nice rhyming story * Not too long, grabs kid’s attention * Print version includes COLORING PAGESGET IT NOW and get the ebook for FREE!!  Add this amazing kids book to your cart and ENJOY! 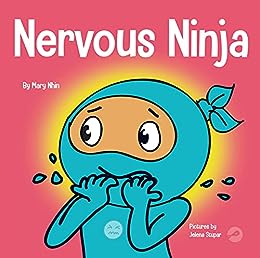 Do you have a child who experiences anxiety? Nervous Ninja knows exactly what worry feels like and finds a sweet solution.Find out what happens in this fun SEL book about calming your anxiety and worries. Life is hard! And it's even harder for children who are just trying to figure things out.The new children's book series, Ninja Life Hacks, was developed to help children learn valuable life skills. Fun, pint-size characters in comedic books easy enough for young readers, yet witty enough for adults.The Ninja Life Hacks book series is geared to kids 3-11. Perfect for boys, girls, early readers, primary school students, or toddlers. Excellent resource for counselors, parents, and teachers alike. Collect all the Ninja Life Hacks books and visit the author's profile for fun freebies! 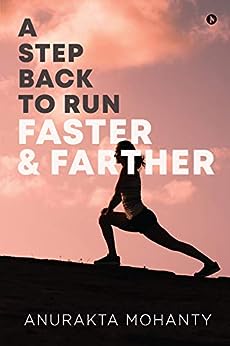 A Step Back to Run Faster & Farther

This book aims to enable you to rekindle your lost dreams and help you to progress towards unleashing the best version of yourself with powerful strategies and framework. It’s about the story of every youth who wanted to create something different, had the audacity to influence, but stumbled again and again in life. In the perplexity of the society’s “To be as you should be”, if you have lost your inner self, your true potential, then this book with highly effective tools, techniques and process will enable you to rebound and shine once again in life. You can keep marching endlessly towards nowhere, or you can choose to pause, map your direction right, design your vision and walk along the path guided by your light. Maybe take a step back, reignite your inner fire and enable yourself to run faster and farther than ever before in an incredible journey of life. Let not your past be a shadow of darkness. Rather, let it be your light to glories and blissfulness. Get ready to transform your life with simple and full-fledged proven techniques and achieve greatness in life 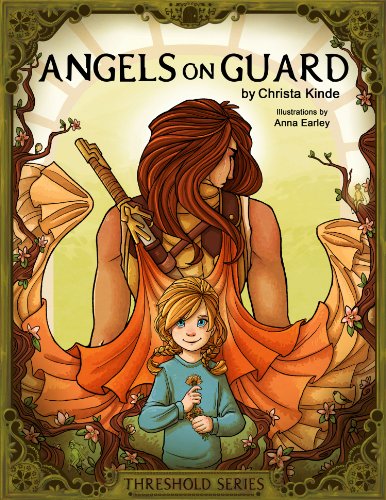 Even after three years, Prissie Pomeroy’s guardian angel understood only part of what it meant to watch over one precious life. The rest he learned on the day he almost lost her. In this free illustrated companion story to the Threshold Series, scars are bared, fears begin and end, and angels fall. Includes a bonus chapter from Book #1 in the Threshold series, The Blue Door! 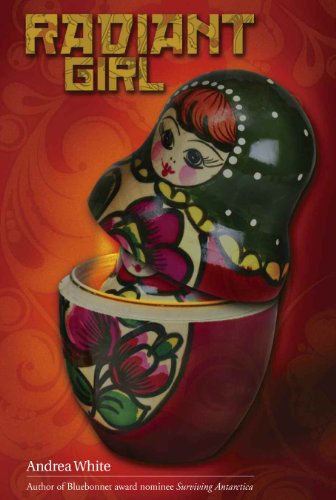 SET IN CHERNOBYL: A girl's 11th birthday always brings big changes to her world, but for Katya Dubko, it is truly the end of the world as she knows it. In the northern Ukraine, an area of dense forests, abundant wild life, and sparkling rivers, Katya's little village of Yanov has been a fairytale home. Her family life is rich with ancient traditions and magical beliefs, and her father has a good job working for the government at the Chernobyl Nuclear Power Station, a complex bigger than her whole village.Steeped in the imagery of her people, Katya believes that the station is a magical factory, and she looks for men in white robes, the angels she has heard push buttons to create electricity. When she asks her father about the station, he reassures her that it is safe: "so safe I would let you and Mama sleep there. I'd let a baby sleep there." Yet when Katya is sent into the forest to play while her family prepares her birthday dinner, she meets Vasyl, a mysterious otherworldly boy who tells her the agonizing truth: her world will be destroyed in an explosion. What is she to believe?On April 26, 1986, the Chernobyl Nuclear Power Plant exploded, and the Soviet government refused to acknowledge the extent of the disaster. As Katya struggles to survive in the aftermath, Vasyl reenters her life and helps her to realize that there can be no healing without truth, however difficult it may be to face. As she reconnects with her friends from before the explosion, she begins to learn more about the scientific concepts that have changed their world, and she discovers that blind patriotism like her father's can be the undoing of a country as well as a man. With the help of friends she could have never imagined in her old life, Katya begins to understand that the things that are most important about her homeland and herself have survived the disaster. Combining the mythological truths of her ancestors with an understanding of the science behind the Chernobyl explosion, Katya finds the strength to fulfill a promise she made to herself many years before. And from her new vantage point she realizes that she is no longer the little girl in the fairy tale, she has become the author of her own story.Radiant Girl weaves history, fantasy, photographs and illustrations together to create a fictional coming of age tale that offers readers insight on surviving the powerful forces of change that rock their own lives, both from within and without. 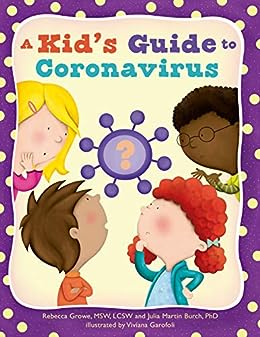 A Kid's Guide to Coronavirus

Kids have a lot of questions about the coronavirus pandemic and all the new changes in their lives. This colorful picture book gives them the answers they've been looking for, explaining what the virus is, how it spreads, and what they can do to help, in gentle and simple language that even the youngest kids can follow. A Note to Parents and Caregivers offers strategies for helping your kids navigate anxiety they might be feeling around the pandemic. 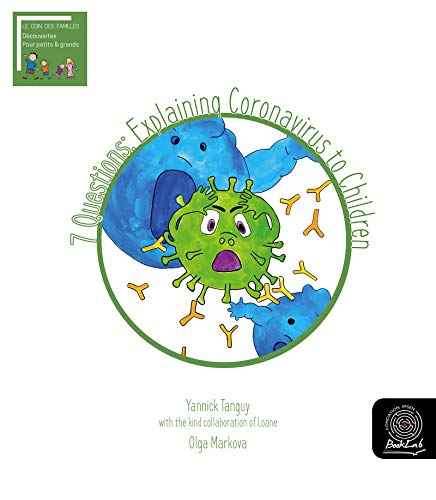 Welcome to this new issue of the "Family Corner" which aims to explain, in a simple way, the Coronavirus to children. This disease, which arrived recently in France, now requires the closure of schools, high schools, the stopping of football matches, shows, outings and many other activities.It’s very difficult to understand, and that’s why Yannick tanguy, PhD, decided to bring it up. In order to do so, he is answering seven questions that a lot of children are asking today. ABOUT THE AUTHOR Yannick Tanguy, PhD in Neuroscience, has worked in various fields including gene therapy or neurodegenerative diseases. Today, at Fondation Ipsen, he works as a scientific communicator and develops various media (podcasts, publications, public lectures), thus sharing his passion and curiosity for science.