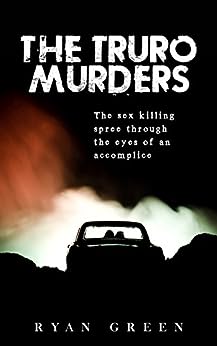 The Truro Murders: The Sex Killing Spree Through the Eyes of an Accomplice (Ryan Green's True Crime)

The Truro Murders presents the shocking true story of Christopher Worrell, and his accomplice, James Miller. The events in this book unveil one of the worst serial killing sprees in Australian history. Over the course of two months in 1976-1977, seven young women were brutally raped and murdered. Worrell and Miller met in prison, and upon release, developed a dominant and submissive relationship that centred around feeding Worrell's sadistic urges towards women. Miller would deny any involvement in the murders, claiming his love for Worrell was the basis for his cooperation and silence.In the space of twelve months between 1978-1979, remains of two of the victims were found within 1km of one another. Police linked the two bodies with another five young females reported missing in the area. The police uncovered two more skeletons within the Truro region and now faced the difficult task of piecing together the evidence and finding the countries biggest serial killers. The Truro Murders portrays the sex-fuelled killing spree from the perspective of James Miller, the accomplice. Contained within this shocking true crime story are love, loss, manipulation, and extreme violence.If you are especially sensitive to accounts of suffering young females, it might be advisable not to read any further. If, however, you seek to understand the darker side of human nature by coming face to face with it, then this book is written for you. Scroll up and click on the Buy Now button at the top of this page. 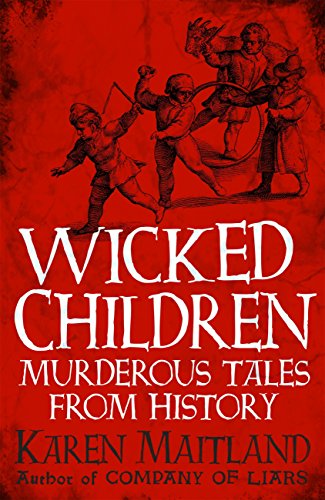 Step back in time with Karen Maitland, author of the much-loved Company of Liars, as she explores some true-crime cases of murderous children throughout history. In Wicked Children: Murderous Tales from History, the Dark Ages meets Stephen King's Carrie or We Need to Talk About Kevin.'A brilliant writer, with a real sense of history' Susanna Gregory 'An adult who commits murder usually has some kind of motive we can understand, however twisted, but a child who kills often does it simply because they discover they can - and no one is stopping them.'Karen Maitland, Queen of the Dark Ages, has created possibly some of the most wicked children in fiction. From Narigorm, the child rune reader with a penchant for death, from Company of Liars, to the scheming yet devastatingly beautiful Leonia in The Vanishing Witch, they revel in manipulating the world around them - and those foolish enough to cross them. In Wicked Children: Murderous Tales from History, Karen Maitland explores some of the real-life cases of dangerous and powerful children which have inspired her own young - but deadly - characters.What readers are saying about Wicked Children:'A short and not all sweet story from the brilliant Karen Maitland. Just as good as all the other full-length novels''Excellent writing from Karen Maitland, as always' 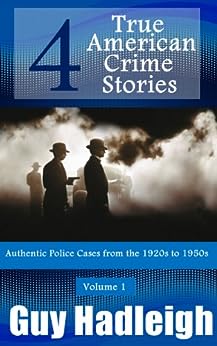 Do you like true crime stories?You should love these tales thenOriginally authentic police files, True American Crime Stories are from the 1920s through to the 1950s - the era of gangster, molls and prohibition. Almost (but not quite), lost in the mists of time, these tales romp along with plenty of action and recreate the atmosphere of this exciting and dangerous era using the vernacular of the times.You may not have heard much about some of these bad guys, but they were real, ruthless hoodlums and all had their "15 minutes of fame", leaving trails of death and mayhem behind them. Most did not live to an old age, and those that did were probably in jail.Their escapades were daring and reckless and many paid the ultimate price in the end.Volume 1 contains•The Jekyll and Hyde Mob After a rash of robberies, lawmen of the Los Angeles Sheriff's office had killed off or jailed every gang of bank robbers in the county. However, three suave gentlemen continued to loot the banks in daring fashion, leaving the lawmen completely clueless.•The Whispering Bride Death cast its long, silent shadow over a sleepy New England town as Mrs.Wegner, a widow, waved good-bye to the last of the summer boarders. Little did she realize that she was waving good-bye forever, that death would soon claim her as its victim in the strange case of THE WHISPERING BRIDE.•The Red Bandit The desperation of a hunted man gave Oklahoma its greatest reign of terror when a youth, vowing never to serve a 75 year rap for robbery, set off a series of events that gave the authorities a veritable nightmare as they pursued their quest down the bloody trail of crime.•The Master Forgers Counterfeit checks - hundreds of them - were flooding Milwaukee in 1937 and 1938 until science scored a victory for the law!Order your copy today..!Scroll back up for instant download