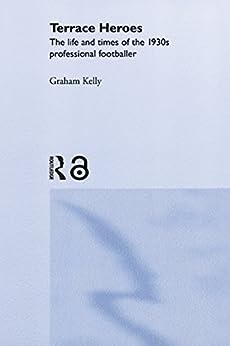 Terrace Heroes: The Life and Times of the 1930s Professional Footballer (Sport in the Global Society)

The 1930s saw the birth of the football idol - prototype for today's powerful media sport stars. The players of the 1930s were the first generation of professionals, yet until recently the life and careers of footballers of this generation has been little studied. In 1930s Britain, football became increasingly commercialized, and the rise and development of both local and national media enabled players to become widely recognized outside of their immediate local context for the first time. Tracing the origins, playing careers and 'afterlives' of several First Division players of the era, Graham Kelly's revealing history explores the reality of living in Britain between the wars and draws interesting comparisons with lives of the modern football hero today. 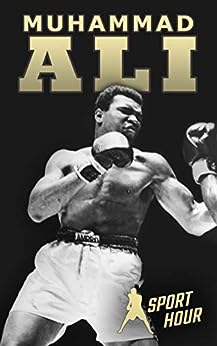 Mohammad Ali: Life of the Greatest Boxer and Legend from Beginning to End (Greatest Athletes of All Time)

Mohammad Ali was one of the greatest boxers of all time. Discover his life and legacy from beginning to end in this one-hour short-read biography.Muhammad Ali was a man who lived a life full of challenges, setbacks, perseverance—and victory. He started out a poor boy from Kentucky by the name of Cassius Clay, and ended up a world heavyweight champion known around the globe as Muhammad Ali. It’s only been a few years since his passing in 2016, yet still so much of this hero’s song remains unsung.Here in this book we seek to pull back the hype and hyperbole to bring you the unvarnished true-life story of a man who was a champion both inside and outside of the ring.Download FREE with Kindle Unlimited! Bonus material included!Scroll back up and click the Buy Now button located on the right side of this page. 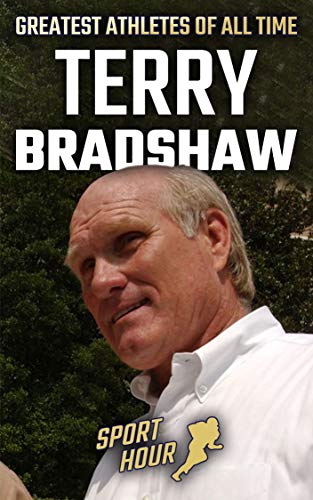 Discover the life and legacy of American football legend Terry Bradshaw, one of the greatest athletes of all time.Terry Bradshaw is a living football legend. Not only is he one of the best quarterback football has ever known, but also a legendary sportscaster and television star.Terry Bradshaw is without a doubt one of the greatest football players of all time. The fact that we’re now more familiar with his grinning face as co-host of Fox NFL Sunday may tempt us to forget this fact. But to be perfectly blunt, the stats don’t lie. Bradshaw is the only NFL quarterback to lead his team, the Pittsburgh Steelers, to two consecutive Super Bowl wins twice; he won back to back in 1975/1976 and 1979/1980. Even Tom Brady has yet to do that—and after the Patriots’ wild-card loss to the Titans on January 4, 2020, he’s probably not going to! After retiring from the Steelers, Bradshaw went on to even greater, or at least longer lasting, fame as a sportscaster. And as if that’s not enough, he has also starred in TV and film both as himself and in a wide variety of other roles. Having stood the test of time and weathered the storm, Terry Bradshaw is truly a man of all seasons, and here in this book we take you through them all!After reading this short one-hour biography of Terry Bradshaw’s life, you will know everything there is to know about this incredible athlete and his legacy to the sport of American football.Download FREE with Kindle Unlimited! Bonus material included!Scroll back up and click the Buy Now button located on the right side of this page.