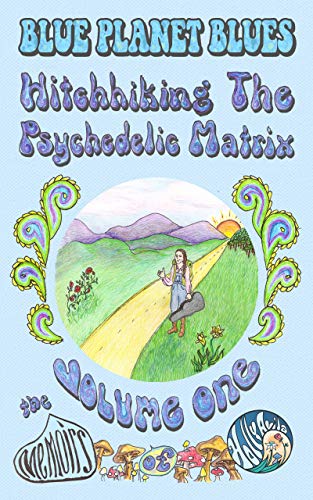 TRAVEL BACK IN TIME on a journey through the free love '70's... Read what happens when a young woman coming of age turns on, tunes in & drops out of college to join the counter-culture on a quest for freedom and spiritual self-discovery. Hitch a ride with Holly from go-go dancing jobs to hippy communes to anti-war demonstrations with nothing but a backpack, guitar and her thumb. Dive into romantic LSD trips and magical experiences as our heroine explores the edges of existentialism & the irony of love.In this opening volume of the series, based on the journals that Holly kept from 1974 to 1977, we are introduced to her pursuit of freedom after rebelling against her cloistered life & upbringing with a midwestern military family. Through her love affairs, philosophical musings & psychedelic experimentation we are brought on a journey around the continent as a reflection of her internal search for answers. Why have I never felt at home? Why did my mother give me up? Why do I feel incomplete without a lover? Why does the 'real world' seem so unreal to me?Holly Avila is an artist, author & musician who has been writing & performing songs since the 1970s. Her love of folk music led her to Greenwich Village, NYC where she formed the bands NY Frets & later Wheels, playing the tri-state country-bluegrass-blues circuit for 12 years. In 1986, Variety wrote, "The city came through vividly in the lyrics, but her deep-rooted singing was pure country like maple syrup poured over a stack of flapjacks." Her music found its way to the big screen in 1987 when Wheel's song "Trying Very Hard" appeared in the feature film Kandyland. Holly later joined the Juggernaut String Band in Pennsylvania while raising her children. They performed around the Delaware Water Gap area & appeared on the main stage of the Philly Folk Festival in 2000. She then went on to form her own world fusion project Blue Planet / Planeta Azul to explore her interest in Latin American folk forms, multi-cultural influences & psychedelic rock. Global Rhythm Magazine selected her Cumbia "Querida De Mi Alma" for their November 2006 Global Rhythm on Disc compilation. In 2009 she released her debut album "Mountains Back Home" on all digital streaming platforms, defining Blue Planet's new sound of Pan-American Fusion. In 2011 Holly drove cross-country to Baja California, Mexico where she wrote & recorded her upcoming project “West Coast Bound” EP which is due to be released in fall of 2018. 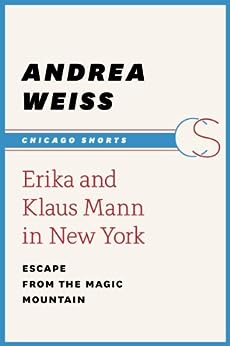 This is the riveting tale of two brave nonconformists whose dramatic lives open up new perspectives on the history of the twentieth century. Thomas Mann’s two eldest children, Erika and Klaus, were unconventional, rebellious, and fiercely devoted to each other. Empowered by their close bond, they espoused vehemently anti-Nazi views in a Europe swept up in fascism and were openly, even defiantly, gay in an age of secrecy and repression. In 1936, they fled to the United States and chose New York as their new adopted home. From the start, the two were embroiled by the literary and intellectual life, political turmoil, and shifting sexual mores of their times. Andrea Weiss engages their struggles, their friendships (Maurice Wertheim and Annemarie Schwarzenbach, among them), and their liaisons, as the siblings try to adapt to their new lives, all while introducing their work to an American audience for the first time. 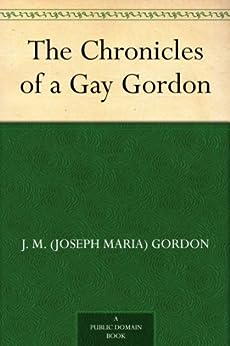 The Chronicles of a Gay Gordon 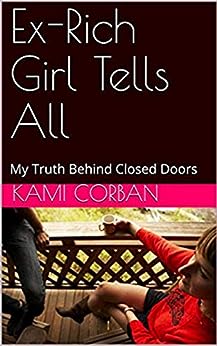 Ex-Rich Girl Tells All: My Truth Behind Closed Doors

Wealth is a country, a state of mind, and sometimes a curse.Money can't teach a person how love starts, what makes it tick, and how not to wreck it.Kami, 21, plans to marry her college boyfriend after graduating from Duke University. She travels to England for the wedding but discovers he has moved in with a British girl.Her former life of privilege unravels as she learns her family's version of the American Dream conceals a pack of secrets that destroyed four lives. 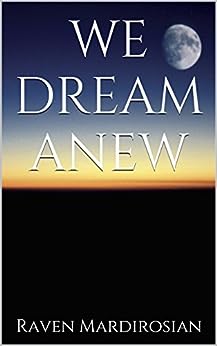 "We Dream Anew" brings you insightful essays from healer and Tarot reader Raven Mardirosian. Read her thoughts on love, finding your purpose and how to navigate change by honoring your intuition. Dive into powerful topics such as:"How To Have Your Very Own Magical Notebook""Psychic Children""How To Protect Your Sensitive Self""Chanting As Part of A Spiritual Practice""Losing Weight""Giving Up, Letting In""Love". . . and many more. If you dream of living a magical, fulfilling life, start with "We Dream Anew". 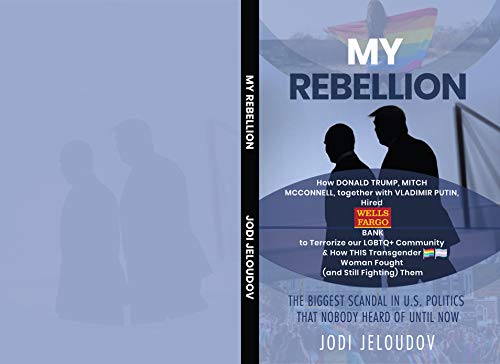 MY REBELLION: How Donald Trump, Mitch McConnell, together with Vladimir Putin, Hired Wells Fargo Bank to Terrorize our LGBTQ+ Community & How This Transgender Woman Fought (and Still Fighting) Them

Donald Trump and Mitch McConnell teamed up with Wells Fargo Bank and its Russian HQ, using their Russian connections, such as Nikita Lobanov-Rostovsky and Alex Shor, to harass and terrorize this transgender woman. How they spent hundreds of thousands of $$$ to attack my character and good name. How Wells Fargo is now consulting Donald Trump and helping him get away with his crimes. How they hired Doctor Rosenberg out of Los Angeles to have me sexually assaulted because they needed to know whether I have breast implants or "confirmation surgery". How Trump, aided and abetted by Wells Fargo, attacks the LGBTQ community, particularly black trans women. How Putin's influence in the US through transphobia weakens and disrupts America's standing in the world.There are two that always abuse law and justice, those two are above the law and above any accountability in the United States of America: Donald Trump and Wells Fargo Bank. And Wells Fargo Bank (hereinafter “WFB”) is now directly compromised by Vladimir Putin of Russia. I stood up to this in the Bay Area along with very few other brave souls, but how can you go up against Wells Fargo-sponsored hatred machine, even if you had a lawyer? That’s why we need more of us speaking out about this and, more importantly, acting on this.According to very influential on Wall Street and beyond Barron’s magazine, Wells Fargo has been financing Russian military forces. Wells Fargo rented a GRU building in Moscow –why? How did Wells Fargo track down my former boss? All of this is allowed to happen because of the corrupt leaders at Wells Fargo, and those Trump-promoting politicians like Mitch McConnell and Elaine Chao, who turned their blind eyes to that, and also their determination to push an anti-LGBTQ+ agenda.Wells Fargo reduces women to our body parts, the same way the Religious Right do, and they do it openly and without consequences. And they refuse to see that they're doing Putin’s work for him. WFBank destroys Native-American lands in the Dakotas, while fleecing US taxpayers by having their HQ there in Sioux Falls, SD, to avoid paying taxes under transphobic Governor Kristy Noem, who hates trans people so much that she banned them from sports.Racists like Foley and current CEO Scharf don’t care (Scharf recently moaned about WFB “lack of black talent”; Scharf’s WASP ancestors were killing those native tribes with pleasure, nothing’s changed, only Foley and Scharf do it now through their $800-an-hour lawyers, like Hutner, Nestor, Briggs, and Lee).TERF ideology propagandist’s (Hutner, who also spews her hatred from her BERKELEY mansion, Pusey, Shor, etc.) history of hatred displays a pattern of mostly white, Christian, non-disabled, and financially stable women deploying their hatred and ignoring the needs of women of color, disabled women and trans women. Entitled privileged white boys like Foley never experience any discomfort.Let’s remember our trans sisters Claire Legato, Muhlaysia Booker, Paris Cameron, Chanel Scurlock, Zoe Spears, Tracy Single, Kiki Fantroy, and Bee Love Slater are all Black trans women who were murdered. Hundreds of transgender people have had their lives taken ruthlessly by those filled with hatred, the hatred that is professed by Hutner, Trump, McConnell, Chao, Foley, Shor, and Monasterio. 82% of them were women of color. However, this is only the number reported – the reality of the situation is likely far worse. Because if you plan on coming out as transgender in San Francisco, this horrible mistreatment awaits you. Not “gentle people”, but violence, hatred, and the bile of Trump surrogates, Putin’s enablers, and neo-Nazis like Foley, Ruffrage, Spencer, TERFs like Shor, Monasterio, Chao, and Hutner. Wells Fargo financially ruins people financially and emotionally simply for standing up for their rights. Let’s tell these white supremacists and Putin worshippers that we are onto them! Let’s take back our democracy and demand changes today! 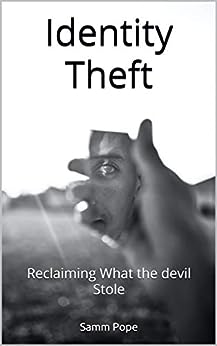 Why in every other area of medicine do we treat the problem? But in mental health we only treat the symptom. My goal in this book is to discuss the topics of gender, identity, mental health and to help others struggling with gender identity issues. I want to share truth and hope through Jesus, from first-hand experience. My hope is that after reading this book you will see that you're not alone, and that there is a light at the end of what feels like a very long, dark tunnel.