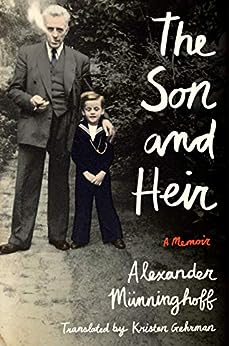 The Son and Heir: A Memoir

A prize-winning Dutch journalist’s unsparing memoir of growing up amid the excesses, triumphs, and devastation of post–World War II Europe.What can a son say upon discovering that his father wore a Nazi uniform? Reporter Alexander Münninghoff was only four when he found this mortifying relic from his father’s recent past in his attic. This shameful memento came to symbolize not only his father’s tragically misguided allegiance but also a shattered marriage and ultimately the unconscionable separation of a mother and son.In this revelatory memoir, the author confronts his parents’ complex past as he reconstructs the fortunes and disillusions of an entire family upheaved during the changes of twentieth-century Europe. The Münninghoffs were driven by greed, rebellion, and rage. An embattled dynasty, they were torn between the right and the wrong side of history. Their saga haunted Alexander’s life for the next seventy years.Only in reconciling with them can this man find the courage to move forward as son and heir to the startling legacy of a flawed yet grand tradition. 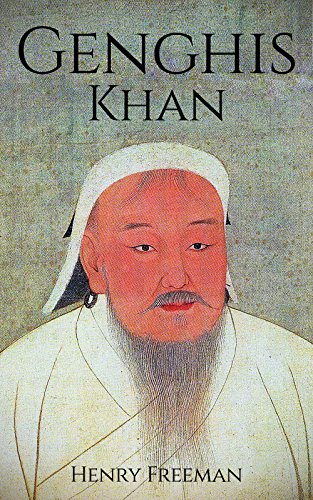 ☆ Genghis Khan ☆Genghis Khan was the most unlikely of conquerors. An orphan of the Mongolian Steppes, his rise went all but unnoticed by all the great powers around him. His people had been divided and discounted by the Chinese dynasties to his south and completely dismissed by the encroaching Islamic empires to his west.Inside you will read about...✓ Mystery of the Steppes✓ When Warriors Are Made✓ Rites of Passage✓ A Battle Against Shamanic Destiny✓ United They Stand✓ Throwing Sand at an Empire✓ Genghis Khan’s Crusade✓ The Last Days of Genghis KhanKnown as little more than bandits and nomads, Genghis Khan and his Mongolian horde would shake Kings and Emperors to their very core as they descended like locusts upon all four corners of the known world. 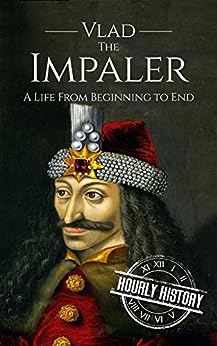 Vlad the Impaler: A Life From Beginning to End

Vlad the ImpalerThe character Count Dracula is well-known throughout the world. He is a dark, seductive, pale man wearing a cape. His gaze is quite literally captivating, and he has the strength of ten men. The story, written by Bram Stoker in 1897, has been retold hundreds of times, but is there a historical figure upon whom the character is based? Is there really a Dracula? Many scholars argue that Vlad III Dracula, also known as Vlad the Impaler, is the real Dracula. He was known in western Europe for his cruelty, most especially his penchant for impaling his victims. He is said to have killed somewhere between 40,000 and 100,000 people during his crusade to stop the Ottoman Empire from expanding into eastern Europe. He was equally harsh on the people he ruled and is said to have taken great pleasure in torturing his victims. Inside you will read about...✓ Vlad’s early life and family✓ Rise to power: Vlad’s first reign✓ War with the Ottomans, Vlad’s main reign✓ Vlad’s imprisonment, third reign, and death✓ Vlad Dracula’s legacy✓ Vlad the Impaler in fiction: Count DraculaHis story, however, is much more complicated than the oft-reported details of his atrocities would imply. He lived in a time of conflict where many were equally as cruel, and he is viewed as a hero in Romania where he is remembered as a protector of his people. This eBook tells the story of his life and times, and discusses his connection to the fictional Count Dracula, in a succinct, compelling manner, which makes for an entertaining read that is packed with historical information. 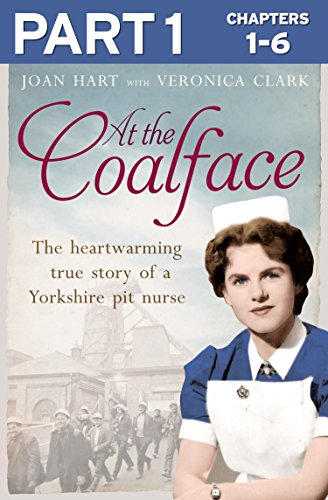 At the Coalface: Part 1 of 3: The memoir of a pit nurse

A heart-warming story of a woman who devoted her life to helping others. This is the memoir of Joan, who started nursing in the 1940s and whose experiences took her into the Yorkshire mining pits and through the tumult of the 1984-85 miners' strike.

Joan Hart always knew what she wanted to do with her life. Born in South Yorkshire in 1932, she started her nursing training when she was 16, the youngest age girls could do so at the time. She continued working after she married and her work took her to London and Doncaster, caring for children and miners.

When she took a job as a pit nurse in Doncaster in 1974, she found that in order to be accepted by the men under her care, she would have to become one of them. Most of the time rejecting a traditional nurse's uniform and donning a baggy miner's suit, pit boots, a hardhat and a headlamp, Joan resolved always to go down to injured miners and bring them out of the pit herself.

Over 15 years Joan grew to know the miners not only as a nurse, but as a confidante and friend. She tended to injured miners underground, rescued men trapped in the pits, and provided support for them and their families during the bitter miners' strike which stretched from March 1984 to 1985.

Moving and uplifting, this is a story of one woman's life, marriage and work; it is guaranteed to make readers laugh, cry, and smile. 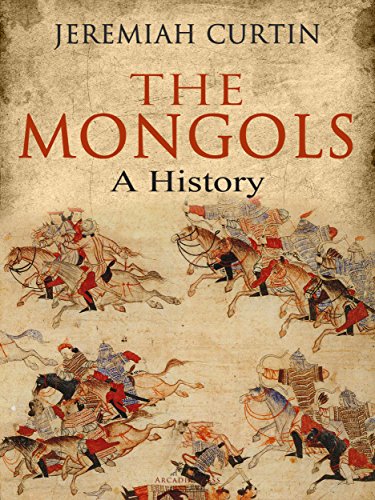 The Mongols: A History

The Mongols erupted out of Central Asia in 1206 and soon controlled an empire stretching from Poland to Korea; although remembered as a destructive force, they united a great part of the world under one rule, and their combined arms and mobile tactics have had considerable influence on subsequent military thinkers.Jeremia Curtin, born 1835, was an American translator and folklorist. He died in 1906. 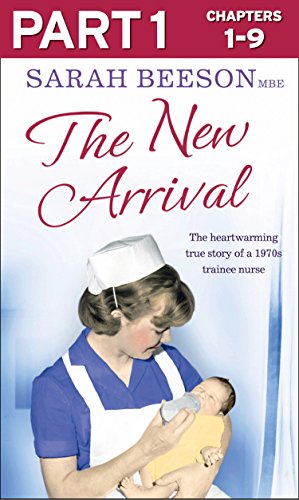 The New Arrival: Part 1 of 3: The Heartwarming True Story of a 1970s Trainee Nurse

The New Arrival can either be read as a full-length eBook or in 3 serialised eBook-only parts.

You can read Part 1 two weeks ahead of release of the full-length eBook and paperback.

17-year-old Sarah Hill leaves behind her home in Wales and enrols at Hackney General Hospital, where she is due to start her training.

Looking up at the rows and rows of little windows, there was no way Sarah could have guessed just what she was getting herself into...

More than just a hospital, Hackney General was part of the community, just as much as the Adam & Eve pub the staff frequent. A place where the poorly children of Hackney were nursed to health, a place where young nurses would discover just want they wanted from life, fall in love with shy photographers and grow into women. But it's not all smooth sailing in Hackney: for every baby that goes home to its loving family another is abandoned, unloved, or never gets to go home at all.

Funny, warm and deeply moving, Sarah Beeson's poignant memoir captures both the heartache and happiness of hospital life and 1970s London through the eyes of a gentle but determined young nurse. 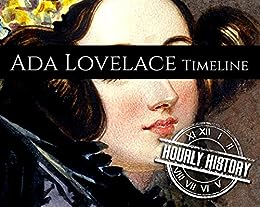 This is a short timeline of Ada Lovelace. 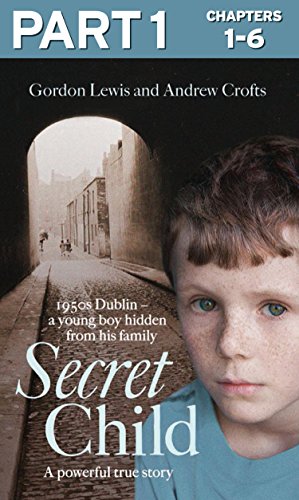 Secret Child can either be read as a full-length eBook or in 3 serialised eBook-only parts.This is PART 1 of 3 (Chapters 1-6 of 16).The shocking true story of a young boy hidden away from his family and the world in a Catholic home for unmarried mothers in 1950s Dublin.Born an 'unfortunate' onto the rough streets of 1950s Dublin, this is the incredible true story of a young boy, a secret child born into a home for unmarried mothers in 1950s Dublin and a mother determined to keep her child, even if it meant hiding him from her own family and the rest of the world.Despite the poverty, hardship and isolation, the pride and hope of a community of women who banded together to raise their children would give this boy his chance to find his real family.A wonderfully heartwarming and evocative tale of working class life in 1950s Dublin and 1960s London. 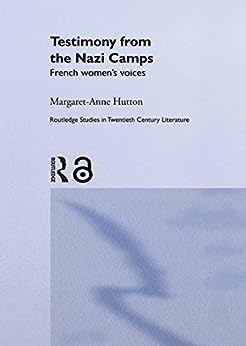 This interdisciplinary study intergrates historiographical, literary and cultural methodologies in its focus on a little known corpus of testimonial accounts published by French women deported to Nazi camps. Comprising epistemological and literary analyses of the accounts and an examination of the construction of deportee identities, it will interest those working in the fields of modern French literature, genre, women's studies and the Holocaust. 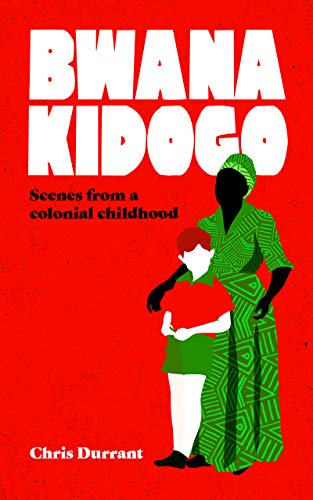 ‘Bwana kidogo, Scenes from a colonial childhood’, is a memoir of Australian writer Chris Durrant about growing up in colonial Kenya in the years after the Second World War. Set initially in the tea country above the capital, Nairobi, and then down in the city itself, the book traces the author’s journey from a toddler speaking Kiswahili with his Kikuyu ayah, to boarding school in the Rift Valley and then back home to Nairobi for his high school years. It is the tale of a fascinating period in Kenya’s history, moving from colonial rule, through the turbulence of the Mau Mau Emergency, and then the inevitable progression to full independence under Jomo Kenyatta. ‘Bwana kidogo’ is a highly entertaining and insightful account of what it was like to live in those exciting times in what remains one of the most beautiful, diverse and interesting countries in the world, seen from the point of view of an ordinary person who grew up there.This short memoir about Chris Durrant is a precursor to his acclaimed novel ‘Under the same moon’, a drama and romance set within the period during The Great War. 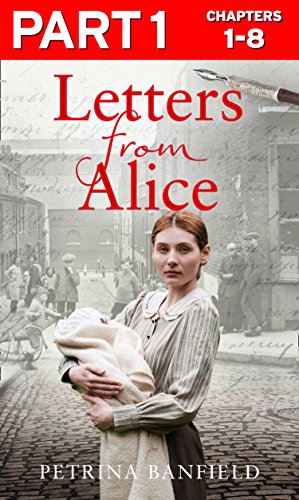 Letters from Alice: Part 1 of 3: A tale of hardship and hope. A search for the truth.

Letters from Alicecan either be read as a full-length eBook or in 3 serialised eBook-only parts.This is PART 1 of 3.It was a stormy evening in 1920s London. When newly qualified almoner, Alice, stepped into the home of Charlotte, a terrified teenager who had just given birth out of wedlock, she did not expect to make a pact that would change her life forever. Thrown into secrecy after an unexpected turn, Alice was determined to keep bewildered Charlotte and her newborn baby safe. But when a threatening note appeared, she realised that Charlotte may need more protection than she first thought. But from who?Based on extensive research into the archive material held at the London Metropolitan Archives, and enriched with lively social history and excerpts from newspaper articles, LETTERS FROM ALICE is a gripping and deeply moving tale, which brings the colourful world of 1920s London to life. Full of grit, mystery and hope, it will have readers enthralled from the very first page.