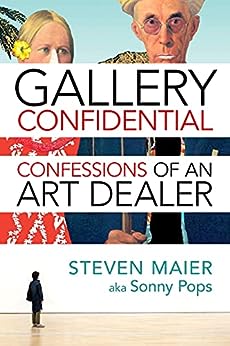 What’s really happening behind the scenes in the high-stakes art world?Steven Maier shares his hair-raising and often hilarious stories from his 40+ years as an art dealer to the stars and to the not-so-starry. From Janet Jackson to Anthony Quinn, from Dali to Picasso, he’s seen it all and shares his true-life encounters and rollicking adventures in a no-holds-barred expose.“Like One Thousand and One Nights, Maier’s 100 stories of the art world are part audacious expose, part memoir, and part history of four crazy decades filled with Hollywood stars, scoundrels, artistic geniuses, and hustlers. For a thrilling, sometimes sad, and always entertaining inside look at the art world, read Gallery Confidential.”–Charles Levin, Amazon Bestselling Author of the NOT SO DEAD TrilogyHow does a creative young man go from being a decorative house painter to becoming a successful art dealer traveling the world and then finding a third career as the artist Sonny Pops, Hawaii’s Ambassador of Nu’u Pop?As Maier says, Gallery Confidential is a dog-eared survival manual. A must-read for anyone that buys, sells, or looks at art or just wants to hop on an irreverent roller coaster ride of a new age story.What does it mean to be an artist and sell your work? What do you do when you face adversity, like opening your dream art gallery a week before 9/11, and fail? How do you pick yourself back up? How do you carry $200,000 in cash on an airplane? The answer to these questions and more resonate in the lively anecdotes that make up the life of a man well-lived.Pick up your copy of Gallery Confidential today. Pour yourself a drink, sit back, and explore the art world most of us have never seen. 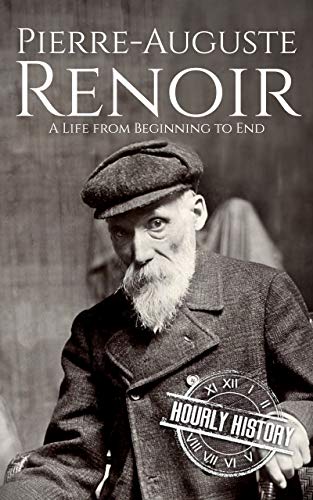 Pierre-Auguste Renoir: A Life from Beginning to End (Biographies of Painters)

Discover the remarkable life of Pierre-Auguste Renoir...Free BONUS Inside!Pierre-August Renoir, leader of the nineteenth-century Impressionist movement, spent his entire life perfecting his style. Rejected for decades, he depended on friends for a place to stay and money for painting supplies. Renoir lived in poverty until his forties, and when he was finally discovered and hailed as a great artist, his health began to fail him. Still, Renoir never gave up his passion for painting. When he became crippled by arthritis, Renoir painted confined to a wheelchair with the paintbrush bound to his wrist. His need to create beauty was the driving force of his life, and throughout rejections and deteriorating health, Renoir retained an optimism that is reflected in his paintings.Discover a plethora of topics such as Early Life in Poverty Success as a Portrait Artist The Dreyfus Affair The Price of Fame Losing the Use of His Hands Last Years and Death And much more!So if you want a concise and informative book on Pierre-Auguste Renoir, simply scroll up and click the "Buy now" button for instant access! 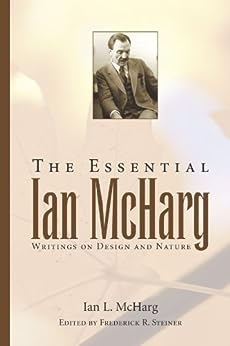 The Essential Ian McHarg: Writings on Design and Nature

The Essential Ian McHarg brings together a series of short essays that reveal the full range of Ian McHarg's thoughts on design and nature. Adapted from the comprehensive book of his work, To Heal the Earth, these carefully selected essays provide an ideal reader for undergraduate and graduate students in planning and landscape architecture. 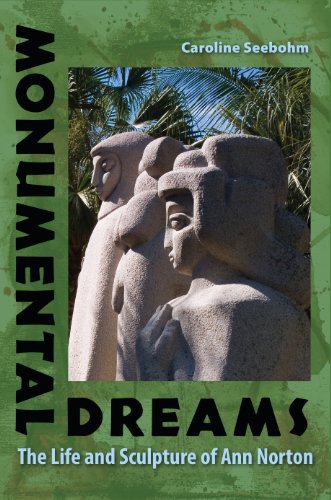 Monumental Dreams: The Life and Sculpture of Ann Norton

In 1929, the Museum of Modern Art opened its doors, showing the astonishing paintings of Picasso, Matisse, and other avant garde artists. Young American artists quickly responded by experimenting with impressionism, cubism, and abstraction.In Monumental Dreams, author Caroline Seebohm tells the riveting story of how Ann Norton (1905–1982)—a child of the South who had eschewed her Alabama roots to become a sculptor in New York City—joined this new guard. She studied with John Hovannes and Jose de Creeft and was studio assistant to Alexander Archipenko. Her work was well received, and by age 35, she had already participated in group shows at MOMA and the Whitney Museum of American Art.Despite her burgeoning career, Norton found New York a difficult place to live. In search of paying work, she moved to Florida, where she became a teacher at the Norton Gallery and School of Art, founded by retired Acme Steel president Ralph Hubbard Norton. The two built a relationship based on love as well as common aesthetic values, and after his death, she built her finest and lasting work. Today, her monolithic sculptures—in the spirit of Stonehenge, Henry Moore, and Buddhist temple art—can be admired in the Ann Norton Sculpture Gardens. 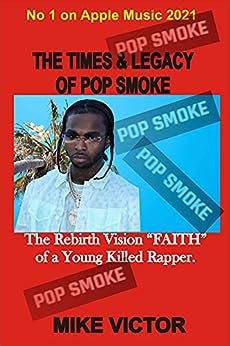 THE TIMES & LEGACY OF POP SMOKE™The rebirth vision “FAITH” of young killed rapperBashar Barakah Jackson born July 20, 1999 and, died February 19, 2020, known by his stage name as POP SMOKE, was an American rapper, vocalist, and lyricist. He was considered by numerous individuals to be the face of BROOKLYN DRILL. Brought up in Canarsie, Brooklyn, Pop Smoke started his music career in late 2018 with his introduction single "Mpr (Panic Part 3 Remix)". Pop Smoke rose to popularity with the arrival of his breakout singles "Welcome to the Party" and "Dior" in 2019. He regularly worked together with UK drill artists and producers, who utilized more insignificant and forceful instrumentation than drill actors from Chicago.Following his ascent to fame, Rico Beats acquainted Pop Smoke with Steven Victor in April 2019. Victor would later have Pop Smoke sign a chronicle contract with Victor Worldwide and Republic Records. He released his presentation mixtape Meet the Woo in July 2019. His second mixtape, Meet the Woo 2, was released on February 7, 2020, and appeared at number seven on the Billboard 200, turning into the rapper's first top-10 project in the United States.Under about fourteen days after the arrival of the mixtape, Pop Smoke was killed during a home attack in Los Angeles. A New Yorker rapper 50 Cent was the executive producer of his after death debut studio collection, Shoot for the Stars, Aim for the Moon, released on July 3, 2020. The collection appeared at number one on the Billboard 200 and each of the 19 tracks from the collection diagrammed on the Billboard Hot 100. The collection likewise brought forth a line of worldwide top-10 singles, including "For the Evening" (ft DaBaby and Lil Baby) and "What You Know Bout Love"The post mortem collection is, unfortunately, as much a piece of the hip-HOP ethos as is testing vintage soul scraps or rapping crude verses ready with braggadocio. Be it rap veterans with extravagant creation esteems like DMX, 2Pac and Mac Miller, or more current artists on the lo-fi tip like XXXTentacion and Juice WRLD "releasing" new music (the last with another new collection, "The Party Never Ends," due out in a matter of seconds), each have demonstrated that an after death presence can appear nearly as unique and pertinent — or possibly deals qualified to fans — as though they were as yet alive.Many fans including his best friend have reacted negatively to the released of the album saying; “For anybody saying why did I let anybody drop this or that. i had no involvement in my dwangz album did’t even kno album was dropping until it got broadcasted on this internet sh*t I’m upset my damn self at it cuss I know he wouldn’t want this like this”~MikeDee BestfriendThis book entails POP SMOKE'S lifestyle and rise to stardam even in death. SCROLL UP AND CLICK ON "BUY NOW" TO READ MORE!!.ENJOY YOUR READ