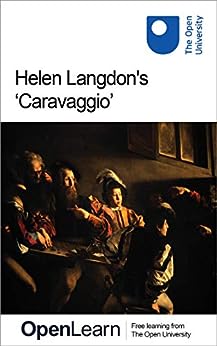 With a focus on Caravaggio, this 20-hour free course explored the biographical monograph, one of the most common forms of art history writing. 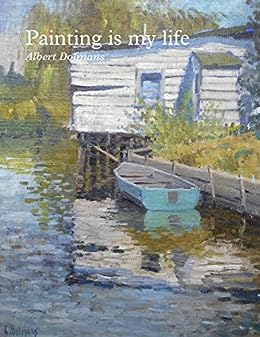 Painting is my life: Albert Dolmans

Painting is my Life is not only the story of Albert Dolmans’ varied life and travels, but the result of the pleasure he has taken in recording on canvas or paper what has struck him along the way. Its numerous color plates and drawings reveal his talent to capture the majestic and the mundane, while proving just how universal and timeless his art has remained, despite a changing world. A figurative artist, he shares with the reader his deep affinity with nature and his passion for his craft. Here you have a window onto the life of this Dutch-American artist, whose possibilities changed completely when, just a young boy he was up-rooted from his sleepy village in southern Holland, literally weeks before the Germans marched into it. With his mother and sisters, he crossed Europe by train to Genoa, Italy, to join the ship that would take them across the Atlantic to settle in Berkeley, California, to face the life-changing experiences that awaited him in the United States. A scholarship student at the Californian College of the Arts in Oakland, he studied under George Post, Karl Baumann, and Otis Oldfield. Following his passion as an artist, he later became part of the North Californian Figurative School and the Society of Western Artists. It was also about this time, that with great pride he became an American citizen.The varied scenery of California inspired him, as did the vastness and variety of so many States. He never tired of driving across the country, (which he did on four occasions), each time taking a different route, discovering and painting the many facets that struck him along the way. Albert also began returning to Europe, especially to his native Holland which naturally spoke to him. Travelling through the rest of Europe and beyond for the first time, he was struck by the characteristic scenery of each, and marveled at the impressive architecture so typical of each.An admirer of Monet and Sisley, his work is impressionistic. Whether in oils, watercolors pastels or pen and ink, this book shows the ease with which he catches the subtle differences in mood and atmosphere; from the magnitude and power of Yosemite National Park, to the simplicity of the Californian backcountry; the busy world harbor of Rotterdam, to the gentle landscape of the lowlands with its wide horizons; the contrasting cities of London, Paris, or Rome to a boatyard in Venice, a quiet graveyard in Wales or black-faced sheep in a sleepy village in the Scottish Highlands; ancient French hill villages like St. Paul de Vence, lavender fields or the vineyards of Provence, or the vitality and color of the Riviera. And in all such places, Albert finds and taps into the calm diversity of nature which grounds and inspires him. Painting is my Life is the story of a contented man, the Dutch-American landscape painter who modestly shares his experiences together with the product of what he has enjoyed and created. Now in his mid eighties, he continues to paint, as this is his raison d’etre – and what he continues to most enjoy doing. 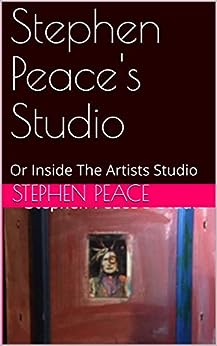 Stephen Peace's Studio : Or Inside The Artists Studio

This is a visit inside my messy studio and a view of some of the art on the walls, floor, table and stands. I have a lot of images. I have written ebooks about some of the art and I give a list of the books at the end of this book.